Home » Brad & Angelina Spend the Day Out With Their Crew!

Busy Hollywood parents were out with the kids again today. In the morning they were spotted shopping with their oldest 3 and then in the afternoon they accompanied their 3-year-old twins, Knox and Vivienne, and daughters Zahara and Shiloh to a puppet show, which was held on a boat in Richmond, London, England. 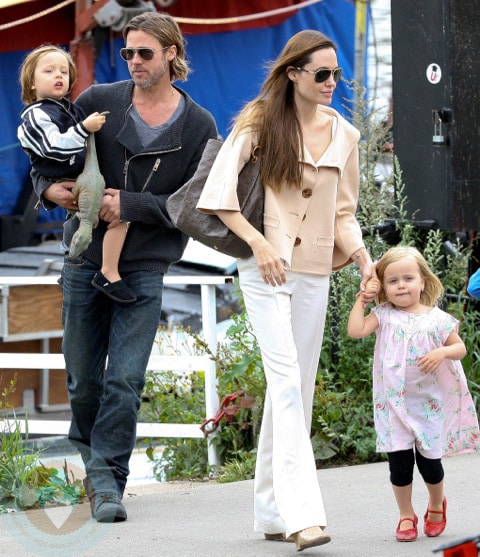 The family appears to have gotten a special performance of the show. While it’s an annual event in Richmond, it doesn’t officially open to the public until Wednesday.

The Puppet Barge is rich in atmosphere, the ideal setting for their marionette and rod puppet spectacles.  This summer the production will feature some favourite episodes from the famous Brer Rabbit stories.

The family has been keeping busy around London for the last few weeks while Brad films his new movie World War Z.