Social interaction is the cornerstone of society, and our ability to proficiently engage in it can impact everything from our relationships to career opportunities. If your “people skills” need some improvement, you can read a book, attend a class, or ask an expert for help. Children with autism do not have this option. Instead, they must endure countless hours of therapy, both in-office and at-home to hopefully gain at least some of the social skills they will need for the future. 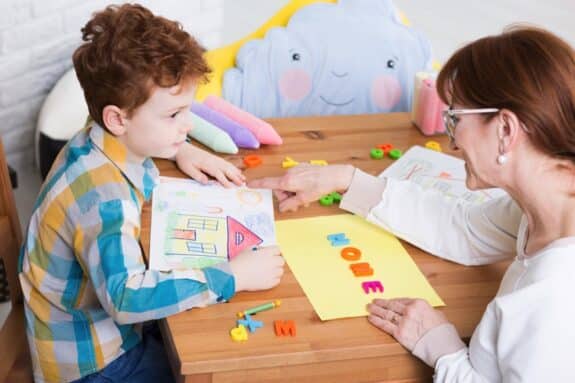 But there aren’t any guarantees.

Your child may learn how to read people’s facial expressions, but they may never fully understand the full spectrum of emotion. Because of this, their ability to empathize or recognize important social skills is hindered. Or maybe your adult child developed the skills that were needed to obtain employment but their inability to appropriately express their feelings, whether it be toward someone they are attracted to or have a disagreement with at work, may cause issues for them once they are on the job.

Parents have long hoped for a better way – something that would give their children a better chance at the bright and independent future that they deserve.

Scientists believe they may have found the answer in the cerebellum, an area of the brain that is located at the base of the skull, near the brain stem. It was previously thought to relate only to movement but scientists have recently provided evidence that it is critical to autistic behaviors.

To reach that conclusion, and to the lay groundwork for a potential clinical trial on cerebellar neuromodulation as a treatment for social behaviors in children with autism, researchers disrupted function the of the Right Crusl, a specific area within the cerebellum, in lab mice. Those mice began to experience repetitive behaviors and impaired social interaction, much like children with autism. To then determine if the effect could be reversed, researchers used cerebellar neuromodulation on the mice.

Frequently used on adults with other neurological conditions, the treatment was found to be effective in mice. Now researchers want to use it on children.

“This is potentially quite a powerful finding,” said Dr. Peter Tsai, who directed the research from UT Southwestern Medical Center’s Peter O’Donnell Jr. Brain Institute. “From a therapeutic standpoint, this part of the cerebellum is an enticing target. And although neuromodulation would not cure the underlying genetic cause of a person’s autism, improving social deficits in children with autism could make a huge impact on their quality of life.”