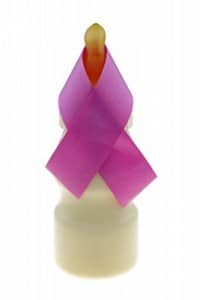 Early detection of breast cancer can be miraculous for many women who fight the disease in later stages and something that can help with early detection soon is breast milk. The findings of this latest research were presented at the 102nd annual meeting of the American Association for Cancer Research concluded at Orlando, Florida.

Almost 80 percent of women give birth and the breast milk, therefore, can become a vital tool to detect cancerous cells in the breast. According to Kathleen Arcaro of U Mass Amherst the test will be totally non-invasive and it would provide early screening for many women especially at a time when it is difficult to detect cancer – during pregnancy and lactation.

The major advantage of breast milk is the high amount of cells that can be obtained by just collecting milk. In other invasive tests for breast cancer, like ductal lavage and nipple aspiration only tens or hundreds of cells are obtained. Breast milk can increase this number to millions and that too non-invasively.

What Arcaro suggests more importantly is that testing the breast milk will allow many women to know the condition of their breasts and therefore have an early warning for their susceptibility to cancer. She notes that methylation of the DNA present in the breast cells is a key in detecting and preventing cancer.  Methylation can be passed on to dividing cells but the process can be reversed, the scientist believes it will help in early detection and treatment of cancerous cells.

The researchers have limited the tests to three genes so far and even then the results have been encouraging.

“But to find these methylation differences between biopsied and non-biopsied breasts when we only looked at three genes is very interesting and encouraging. We’re seeing differences not related to lactation or pregnancy. It clearly suggests that looking at a larger panel of genes would allow us to assess risk much more accurately, which leads to earlier detection of changes. A woman might be able to have her breast milk tested when she has a baby at age 25 or 30 and put her mind at ease, or give her an early warning.”

What the researcher also point out is that women who are currently not receiving any mammograms or other screening will have an opportunity to know their breast cancer risk as early as 25 or 30 when they get pregnant. This will help immensely in early intervention.

“We’ll take a little sample of colostrums, and with a totally noninvasive and accurate assay, be able to tell her how her breasts are doing.” said Arcaro.

Although a mammogram is still a relevant test to detect breast cancer, scientists are upbeat that the testing of breast milk will only allow women to deal with their cancer earlier and in a better way.