A mother of two from the United Kingdom is feeling embarrassed and exposed after she was given a parking ticket, while she was sitting in her vehicle and breastfeeding her daughter.

27 year-old Antonia Charlesworth was on her way home from a day of shopping last Tuesday with her two daughters, two year-old Safina and five month-old Anaya, when her youngest became hungry. 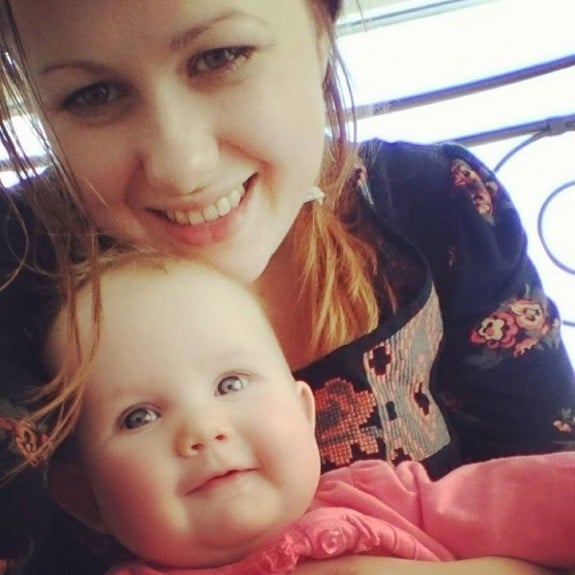 Antonia decided to pull over on the side of the road to breastfeed her hungry daughter. However, she had not realized that she had parked her car on a taxi cab stand, until an officer appeared in front of her vehicle, and began scanning her vehicle tag. When he told her of her mistake, Antonia politely apologized and told the officer that she would move her car immediately. But instead of letting her move the car, or giving her a warning, he told the mom of two that he would be issuing her a ticket, and without waiting for a response from her, he began taking photographs of her car.

“I asked him if he could do the decent thing and allow me to finish feeding my baby in the circumstances, or at least allow me to move my car but he refused and instead started taking photographs of my vehicle, which I think would have included me. While this was going on I was tearful, Safina was upset in the back and I was still trying to feed Anaya, who was screaming because her feed had been interrupted, all with my breast exposed in front of passers-by. It was a humiliating experience and I felt really vulnerable – and I couldn’t believe it when I saw him return to a van that was parked on double yellow lines.”

Antonia was so upset that she wrote to the Blackpool Council to appeal the ticket and to file a complaint about the poor behavior of the officer that ticketed her.

“I accept that I was parked illegally, but the NHS says you should feed your baby on demand and I had not realized I had pulled into a taxi-rank. He could have showed some discretion. When I asked him where his human decency was he shrugged. It’s exactly this kind of thing that puts women off breastfeeding.”

After a local newspaper drew attention to the incident, the town council agreed to tear up the £35 ticket.

“We are very sorry to hear that this unfortunate situation has arisen. Blackpool Council strongly supports breastfeeding and to signal our support and as a gesture of goodwill we agree to waive the penalty notice.”

However, the council condones the behavior of the officer, commenting “We disagree with the contention that our officer acted in anything other than an a professional and courteous manner.”

Ironically enough, the same council that stands by their decision about the ticketing officer, also runs a Breastfeeding Welcome campaign to encourage new mothers to breastfeed their babies away from home. The birth of Prince George last year also bought with it renewed encouragement from the director of public health, Arif Rajpura, who said,

“Breastfeeding mothers often worry about breastfeeding outside of their home as there can sometimes be an unsympathetic attitude which can lead to women not choosing to breastfeed, or not to continue breastfeeding beyond the first couple of weeks. We want to encourage mums to breastfeed when they’re out and about and let them know that they can feed in comfort, safe in the knowledge that they will not be asked to leave, or be made to feel unwelcome.”