For Emma and Martin Robbins, just seeing their quads healthy and thriving is enough; it’s not about the odds. But according to experts, the circumstances that surrounded their birth made Emma and Martin winners of a “baby lottery” of sorts. 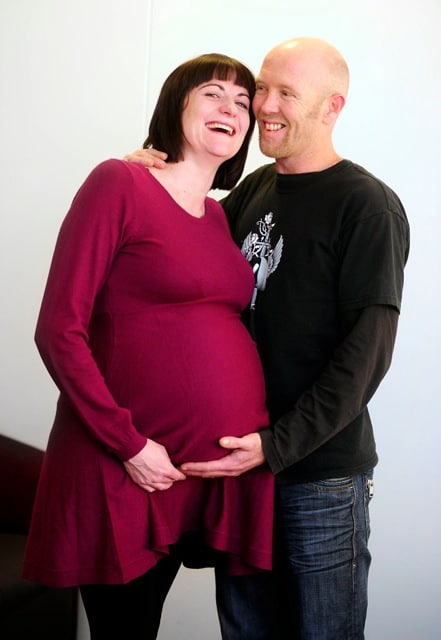 Just for being naturally conceived quads, Reuben, Zachary, Joshua and Samuel hit odds of one-in-750,000. Add that to the fact that they were born on a day that only comes around once every four years, February 29th, and they hit odds of 3.5 million-to-one.

Before her first ultrasound, Emma had joked with Martin about having twins. She noticed that this particular pregnancy was very different from her pregnancy with their oldest son, Luke. 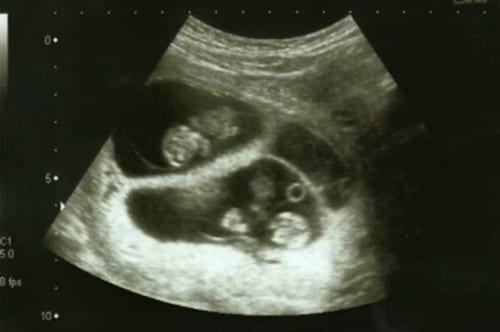 “I was a lot larger than I’d been with Luke,” Emma said. “I’d also had horrific morning sickness, and I didn’t get any with Luke at all. I was sick from the moment I got up, and all through the night. It was horrendous, really, really bad.”

But despite all of their jokes about twins, nothing could have prepared the couple for the news they would receive at Emma’s 12 week ultrasound.

“She moved the screen around and showed us the three amniotic sacs,, with two sacs each with babies in them, and identical twins in the third sac,” Emma said. “She even called for a second and third opinion. People were coming into the room, and I was bombarded with questions about IVF and fertility medication. I said we hadn’t been doing anything like that. It was just like being in a dream. We were in a total daze. The initial moments didn’t sink in. The next morning when we woke up, it all felt like a dream.” 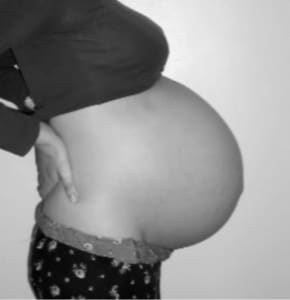 After discussing their options, the couple decided that they couldn’t go through with selective reduction, a medical procedure used to eliminate some of the fetuses in a multiple pregnancy.

“I think that things happen for a reason, and that we are blessed,” said Martin. “Deep down, at the bottom of my heart, I know that we will find a way of coping. Emma is a project manager, so if anyone can deal with having quads, it will be her.”

Emma shared her reasons for deciding against selective reduction.

“I couldn’t have brought myself to choose between one baby and another,” Emma said. “We are wondering how we are going to cope, practically and financially, but also feeling that, because they are naturally conceived, that they are a special gift.”

But figuring out how to take care of quads wouldn’t be the couple’s only challenge. Making it to Emma’s due date of May 15th, with mother and all four infants unscathed, would become the only odds that soon-to-be parents of five would care about.

Scans of the quads would be taken on a weekly basis. At 16 weeks, they learned that all four babies would be boys. At 22 weeks, Emma would be about the same size as single full-term pregnancy. At 23 weeks, doctors started to express concerns about Emma’s overall health and they advised that Emma complete the remainder of her pregnancy at St. Michael’s Hospital in Bristol.

While at St. Michael’s, Emma was placed on complete bed rest. Doctors administered progesterone hormones to prolong the pregnancy and steroid injections to accelerate the development of the quads’ lungs. Emma also had to wear leggings that would inflate periodically to help prevent blood clots.

The remainder of her pregnancy was tough, but Emma found support through her husband and the comments of support that came from her blog readers.

“Martin has been amazing,” Emma said. “He’s had to take over completely everything around the hous and with looking after Luke, as well as working full-time.”

But Martin wouldn’t take all the credit. He made sure his wife got the glory she much deserved for enduring the difficult pregnancy.

“It takes an extremely strong and determined person to do what Emma has done,” he said.

At 29 weeks and 3 days gestation all four boys were delivered via caesarian. Reuben would be born first, weighing 2 pounds, 14 ounces. Identical twins Zachary and Joshua would be delivered next. Zachary weighed 2 pounds, 8 ounces and Joshua weighed 3 pounds, one ounce. Samuel would be the last to arrive, weighing in at 2 pounds, 13 ounces. 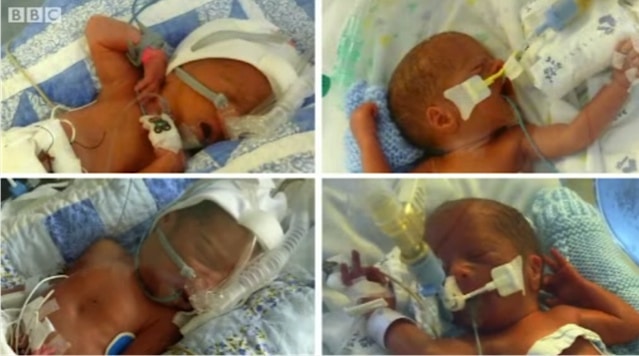 “Each of the boys made a little whimper when they came out, which was a good sign as it showed their lungs are healthy,” said proud papa Martin. “[And] Emma was given a regional anesthetic, so she was able to see the babies being born and touch each of them.”

Emma, Martin says is happy and glowing. “She’s now able to lie on her back for the first time in four months.”

For now, everyone seems to be recovering well, and the proud parents are thinking less about the odds and more about how precious their four most recent additions are, which is just how it should be. Congratulations to the Robbins family and we wish them all the best.