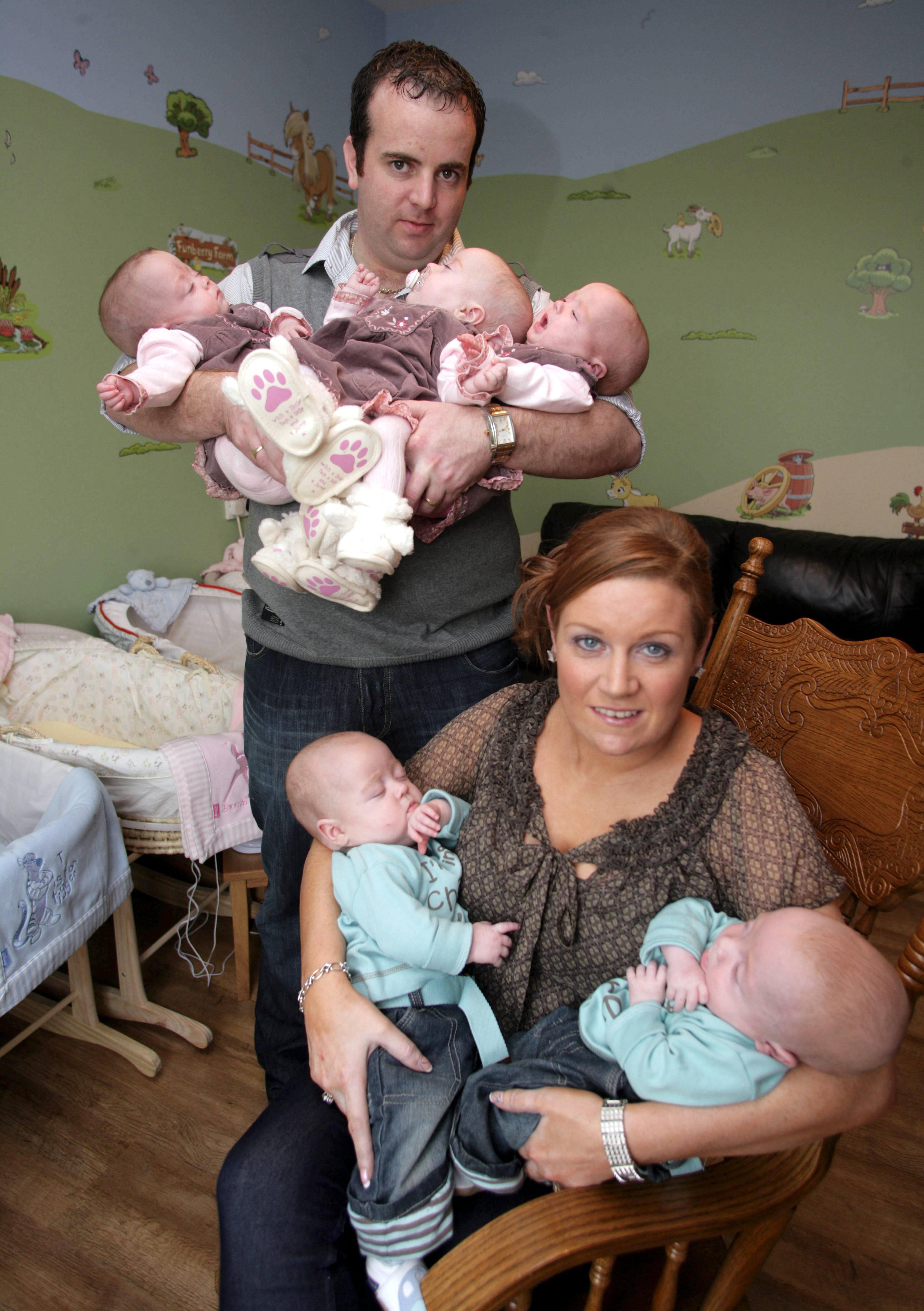 For Naula and Austin Conway, the insurmountable happiness that one feels when a baby is born was multiplied six times over when on May 22, 2009 they became Britain’s first parents to naturally conceive sextuplets.

But the journey so far has been a mix of many good things, lot of hard work and a few sad memories according to the proud parents.

The odds of conceiving six babies naturally are 1 in 4.5 billion and when Naula 26, became pregnant, she was advised by doctors to abort several of the fetuses at 14 weeks. But the couple did not agree and eventually 14 weeks before her full term, Naula gave birth to Ursula, Shannon, Karla, Kerrie Mae, Austin and Eoghan, by caesarean.

The babies weighing between 1lb 7oz and 2lb 2oz were immediately taken to intensive care where the medics at Belfast’s Royal Victoria Hospital warned that the chances of survival for the palm sized babies were only 50%.

“It was hard seeing our little miracles looking so fragile in their incubators,” says Nuala. “It’s an experience no parent should ever have to go through when all you want to do is cuddle them.”

More was to come for the parents, when Kerrie Mae, breathed her last at eight weeks of age. “Austin and I were devastated but we knew we had to remain strong for our other babies,” says Nuala.

With their combined strength and the immense support received from families, the couple finally brought all the babies home in October overcoming the taboos of brain damage and health problems attached to premature babies.

From there on began the exhaustive and yet exhilarating experience of taking care of each one of them with round the clock precision.

“We don’t get any additional support from the local authorities and my job as a shop supervisor and Austin’s work as a kitchen fitter have been put on hold for now to become full-time parents.” 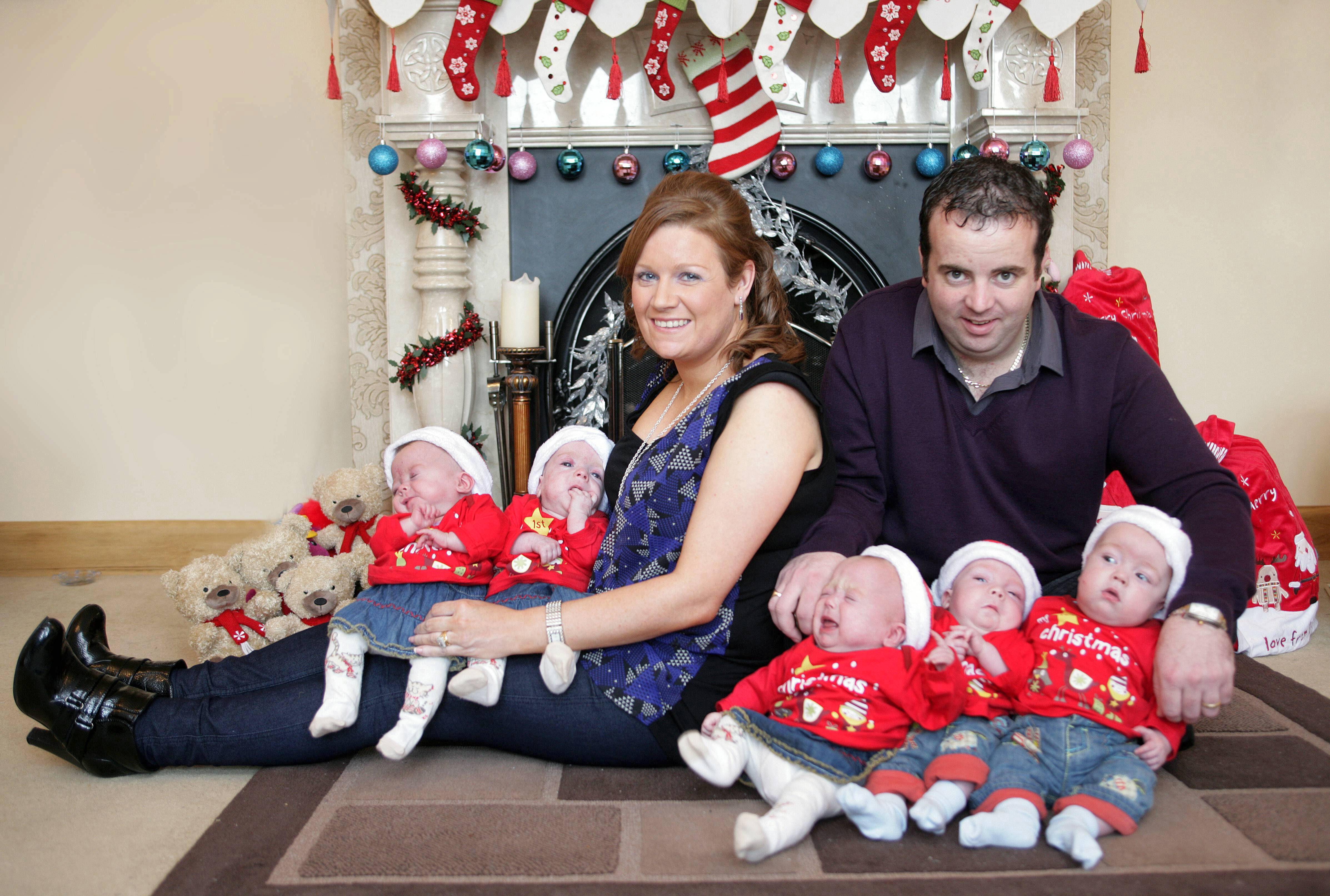 On average it costs around £9,000 a year to raise one baby, so for Nuala and Austin that’s a whopping £45,000. But the couple are still smiling and ready to appreciate and cheer every milestone their babies reach in their lives.

“When I look back at the past nine months it is all a blur, but things are settling down.” Say Naula, “We have come through so much but now we can start planning for the future with our five beautiful babies.”

Per day Nuala and Austin’s crew uses an astonishing 50 diapers, a whole tub of diaper cream, a box of washing powder and a box of fabric softener. They are changed four times a day and go through 140 outfits a week. That’s roughly 7,200 costume changes in a year.

Just to leave the house for a hospital trip, the babies need 40 diapers, two packs of baby wipes, 35 bottles and two changes of clothes per baby. – Atula, Staff Writer