Britney Spears and her boys Jayden and Sean will grace the cover of Elle magazine and the inside pages for a pictorial for the January issue. 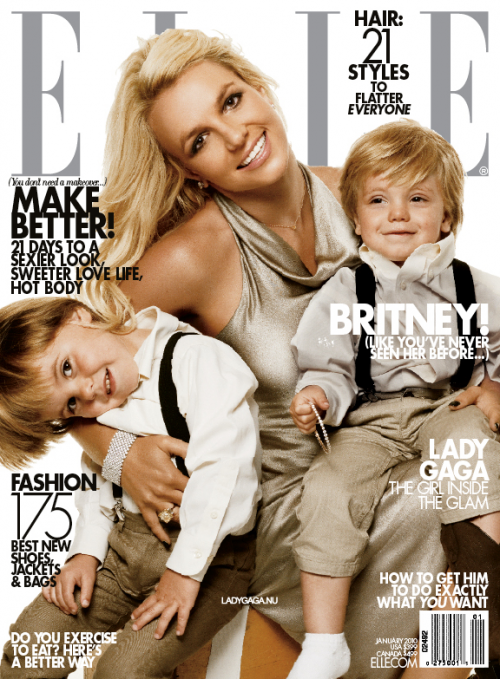 Elle will actually feature 2 covers for their January Issue. Lady Gaga and Britney.

Gaga appears on the newsstand issue of the magazine, where she talks about marriage, babies and death. In Spears’ issue (which will get sent out to subscribers), there’s no interview, but the singer (who had a highly successful 2009 thanks the hit single “3,” and the sold-out everywhere Circus tour) poses in a cage looking dreamily at some mansion’s backyard in a blue Valentino goatskin coat with fox fur and marabou-feather trim.

The pop princess, who posed snuggled up in bed with her boys in one photo and poolside with the pair in another, shows an intimate side that we don’t see very often.