Leann Alferio, a Brunswick Middle School special education teacher, wasn’t due to deliver until December, but Sunday morning she welcomed all five of her children into the world. 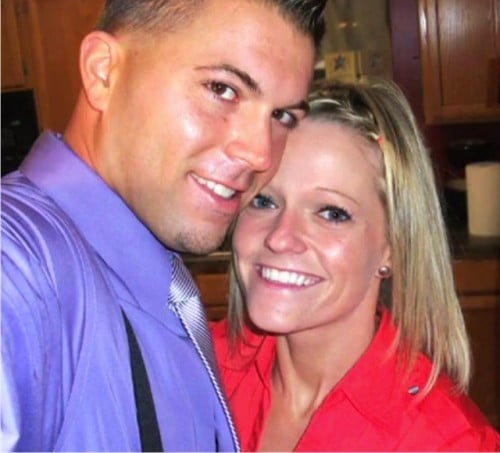 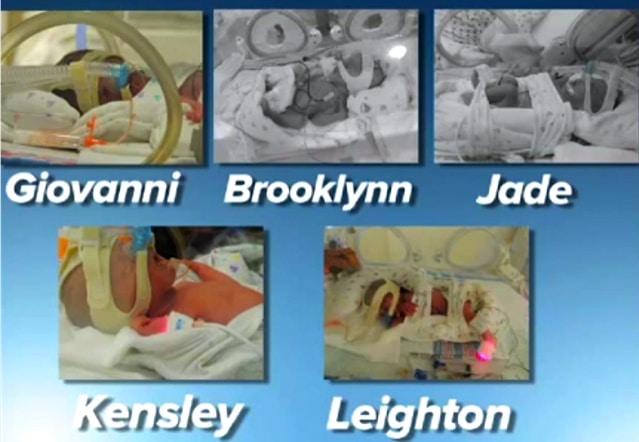 But Leann and her husband, Jacob, also a middle school teacher, aren’t the only ones celebrating the birth of the quints. Amy Harwood, a 6th grade math teacher at Willetts, the school where Leann teaches, was able to take photos just moments after the babies were born.

“To just be there at the exact moment that they were born, and especially hearing each one of them cry, once one cried, they all cried before they were even all out,” Harwood told NewsNet5.com.

According to Carol Yost, principal at Visintainer, the school where Jacob teaches, there are still more tests to be done, but so far, the quints are all doing well.

“Everybody is doing great,” Yost said, who reportedly called the quints “her blessing” before they were even born. “The babies are taking in oxygen…they’re running more tests on them all today, but so far everything has come back very good.”

Leann should be able to go home in just a few days but the quintuplets could remain in the hospital until December. They could go home sooner though if they gain strength quickly. 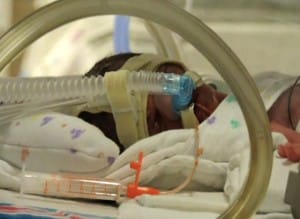 Shortly after the babies arrival Leann blogged about her first visit with the babies saying,

The babies were all breathing well with minimal respiratory assistance.  All of their tests and blood work came back normal  as well.  The good  news made me feel like the seven weeks i had spent in hospital were finally worth it!

After a few hours of waiting, that felt like years, we finally got to go meet our little miracles.  The second Giovanni wrapped his  fingers around mine I couldn’t help but cry.  He was absolutely beautiful!  We made our rounds to each baby and I couldn’t help but feel it was all surreal.  We had not only been blessed with such a multitude of blessings but also with news of good health and positive outlook for the future.

To help the Jacob and Leann out, the school district organized a diaper drive for the family. So far, they’ve received 12,000 diapers and have also collected baby wipes, shampoo and lotion. They are still collecting donations and are hoping to receive a total of 50,000 diapers for the now family of eight. (Leann and Jacob also have an older daughter.)

Congratulations to the couple!  They have a lot to be thankful for.