Pregnant Busy Philipps was photographed stopping by Fred Segal in West Hollywood, California with some friends on Wednesday. 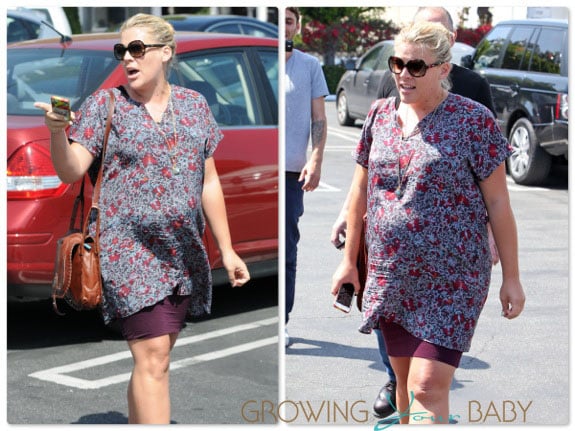 On Tuesday the actress told Chelsea Handler that being pregnant at the same time as Kim Kardashian and Jessica Simpson meant that she didn’t get followed as much by the photographers.

“I won the lottery! If you wanna get knocked up as someone on television, you want there to be the princess, Kim Kardashian and Jessica Simpson to also be pregnant, because it just takes all the heat off of you,” the actress joked. “No one cares! There’s, like, no paparazzi waiting at my doctor’s appointments . . . I’m really excited about it!”

Maybe she spoke too soon!