Busy Philipps was photographed out for a day of shopping with her daughter Cricket on February 26, 2015 in Los Angeles, California. 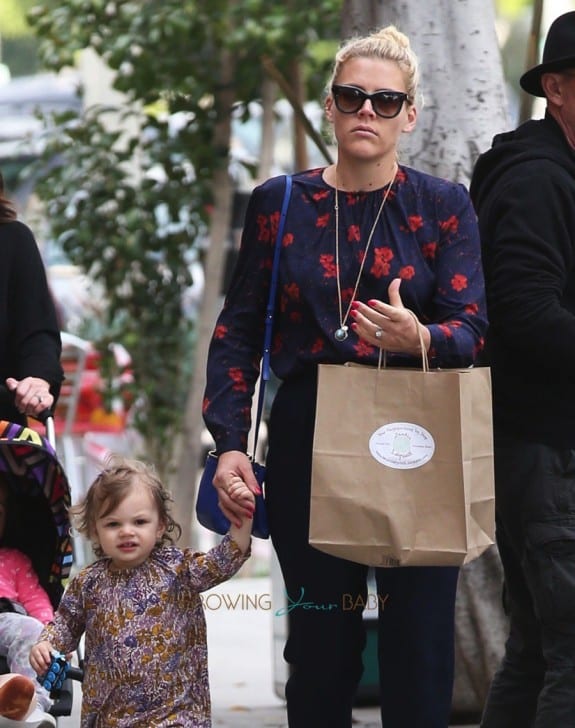 Cricket was cute in a floral dress, animal print leggings and bright pink sneakers.  The 18-month-old carried a Thomas the train as she strolled through LA with her mama. 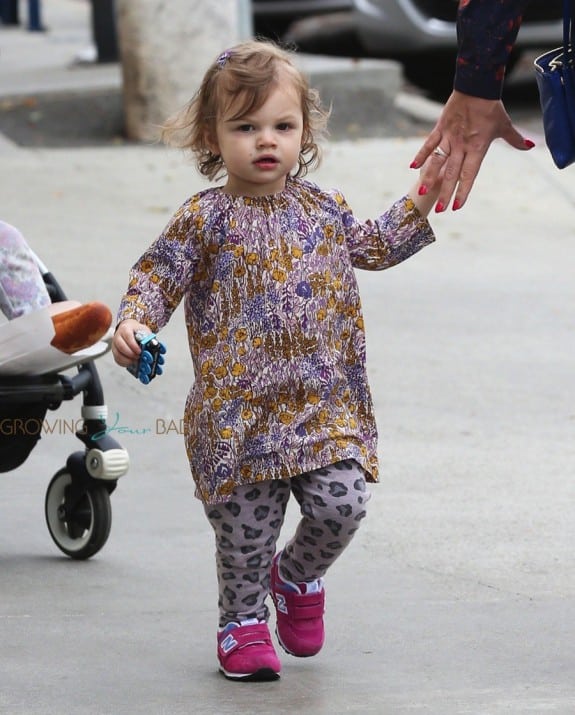 The actress will have more time to spend with her little lady now that she has wrapped production on the final season of Cougar Town. After 6 seasons, the finale will air on April 1st. There won’t be much time off, though for the star as she has joined Vice Principals, HBO’s 18-episode comedy series.  HBO has yet to reveal a premiere date for the show, but they have filmed the first episode, which will hopefully air this Fall.