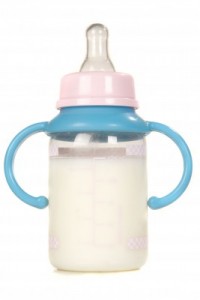 A new Act being included in the US health care reform would require medical companies and doctors to disclose gifts and money. Some, however, want this extended to cover formula companies as well.

As the Senate version of the US health care reform bill is being debated, a proposal called the “Physician Payments Sunshine Act” lies within in. This act would finally force transparency on certain companies that offer gifts and payments to doctors in exchange for endorsement to their patients. As it stands now, drug, biologic and medical device manufacturers would have to report the gifts and payments they give.

For some this is not enough. Many women have experienced the side effects of infant formula companies giving gifts and payments to doctors and hospitals. From the cheap pens and clipboards labeled with the company’s name, to the brochures and free samples that give lip service to breastfeeding while spouting the benefits of formula use. These gifts are largely unreported, making it near impossible for patients to know just how much influence the formula companies have over their medical treatment.

Even the American Academy of Pediatrics has a conflict of interest when it comes to donations from formula companies and the guidelines they set. Because of this, the Executive team of the Section on Breastfeeding for the AAP and each of the AAP Chapter Breastfeeding Coordinators pushed through a resolution within the AAP addressing those conflicts. However, more needs to be done on a larger scale.

Dr. Jennifer Thomas, a pediatrician and Chief of the AAP Chapter Breastfeeding Coordinator Leadership Team has called for support getting the Physician Payments Sunshine Act to expand and cover formula companies as well. She hopes that this will “place responsibility on the physician to disclose their relevant ties when they are asked for their expert opinion.”

Those in the US can contact their local Senators and Representatives to state that they want this expanded. – Summer, staff writer