Cam Gigandet and his wife Dominique Geisendorff were all smiles while out for a walk with their 3-year-old daughter Everleigh Ray Gigandet on the beach in Malibu yesterday.  And for good reason!  It has been revealed that they are expecting their second child. 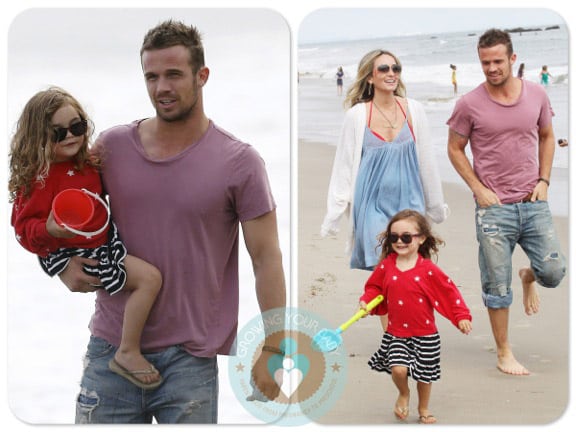 The actress showed off a rounded belly through her blue dress during their stroll, which was followed by a confirmation that another baby was on the way.

And the timing couldn’t be more perfect. Cam has been working hard filming 5 different movies over the last year and has two in the works for later this year. Look for him to appear on the big screen in ‘Free Ride’ later this year.

Everleigh was dressed perfectly for the day. She celebrated America’s birthday in a cute red starred sweater and blue striped skirt.