Home » Can Children “Outgrow” Autism? Experts Look at Why Some Autistic Children “Bloom” 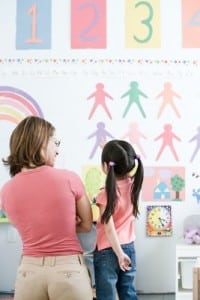 Autism, a neuropsychological disorder that affects 1 in 88 children in the United States alone, encompasses a wide range of disability severities. Children on the low-functioning end of the spectrum may be unable to express even simple thoughts or emotions. Social interaction may be the last thing on their minds; they often gravitate towards inanimate objects or adults. Children on the higher-end of the spectrum may have only mild deficiencies; they can speak and explain complex thoughts or meanings but they may have very concrete thinking or may lack imaginative thinking. They may enjoy making friends but may experience difficulty maintaining those friendships.

Karen’s son, Danny, was diagnosed with low-functioning autism at the age of two. His pediatrician feared that he would never be able to communicate, let alone go to a regular school. Karen was devastated.

“It was like a freight train hit,” said the 30-year-old Ohio mother.

But after five years of intensive therapy, Danny is able to share interests with his mother. His doctor has cleared him for a regular classroom next year. It seems that Danny now falls on the more high-functioning side of autism. There will be three other high-functioning children in Danny’s new classroom.

Around 10 percent of severely autistic children are like Danny. At first, their disabilities are severe but by the time the reach the age of 8, they leave behind many of their crippling defects. A miracle? Maybe. But a recent study has a more logical explanation.

Christine Fountain, a postdoctoral fellow at Columbia University and her colleagues studied the records of 6,975 California children diagnosed with autism. They noted that all of the children showed progress between the ages of 3 and 8, but some of them had progressed from the low-functioning end of the scale to the high-functioning end in just a few years. Published in the medical journal Pediatrics, this study dubbed these children as “bloomers.”

After discovering the shocking phenomena, researchers wanted to know more, in hopes that they could discover a link, offering hope to other children at the lower end of the autistic spectrum. To find that link, they started to compare the background differences between “bloomers” and the “non-bloomers.”

As the information poured in, researchers started to notice a trend: the children who had been “bloomers” were more likely to have mothers with at least a high school education, they were most likely to be from a higher socio-economic class, they didn’t have any intellectual disabilities and they received therapy at earlier ages than the children who had not “bloomed.”

Tamar Apelian, an autism expert and staff psychologist at the autism evaluation clinic at the University of California, Los Angeles, was not surprised by their findings.

“Most children need about 30 to 40 hours a week of intervention,” said Apelian. “What’s tricky is being able to navigate the system to get the therapy, especially with the state budget crisis. The parents who do seem to have more means and they can hire an advocate or a lawyer.”

Danny was no exception. When Karen asked Danny’s doctor about his future, the doctor asked “How much money do you have?”

Karen admits that they weren’t overly wealthy, but they were comfortable middle class. Still, that couldn’t fit the therapy bill that can reach amounts of $70,000 per year. They could have admitted defeat, pieced it together as best they could. But they refused to give up. They got creative so that Danny could get the therapy he needed.

Danny’s mother got him on the long waiting list for services right away and as he waited for his turn, Karen and her husband, Michael, worked to come up with ways to afford his services. They would also hire a student to work with Danny one-on-one in the meantime. Michael went back to school to become a pharmacy tech. That education would lead to a job at a university and an employee “break” in cost would be given to the family. They tracked down other resources to help them pay for Danny’s therapy. And little by little, they were able to come up with the money they needed for Danny’s intensive therapy and one-on-one help.

“When I think back, I think about how I sat and watched for hours, waiting for him to make that first sound,” said Karen. “I think about how grim things looked. I can’t stress enough that people determine what it is their children need and then get on those waiting lists. Keep digging and fighting to find someone to start with. It doesn’t’ matter if it’s a student while you’re on the waiting list. It’s just so important to get that help early.”