You’ve probably heard it said at least once: “Music soothes the soul.” These couldn’t be truer words for the music therapists of the Canadian Association for Music. Each and every day, they watch power of music work for some of the sickest kids in the country. For the families they help, the music is a gift that brings them healing, or helps their children connect with the world around them. For the therapists, the work itself is the reward. 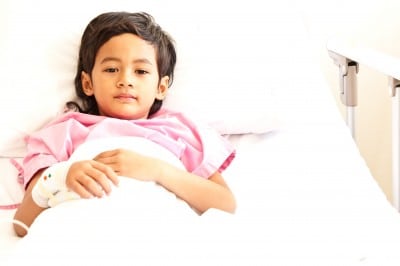 Five-year-old Katherine is just one of the many children that Carolyn Williams plays for. She sits by her hospital bed, playing songs like “The Lion Sleeps Tonight,” “Itsy Bitsy Spider,” and “This Old Man.” Every once in a while, Carolyn will stop playing and singing, which is Katherine’s cue to join in. Katherine squeals, every time, right on cue. And even though her condition, cerebral palsy, keeps her from speaking, seeing or walking, Katherine’s mother says the music brings hope for the future.

“It brings me so much happier,” Katherine’s mother, Diana Sanita told Canda.com. “It gives me hope that one day she might be able to take those vocal sounds and turn them into a word or two to help people understand what she wants. But more than anything, seeing her happy makes us so happy. And she loves it…And it gives me some insight into her world. We’re never quite sure what her cognitive level is, but it’s pretty apparent in music therapy that she gets it. She knows what’s going on. She knows when it’s her turn to sing, she recognizes songs, she anticipates. It’s just pure joy.”

Ruth Roberts, who also plays for Katherine, has been a part of the music therapy program since it started, back in 1999. She shared the many ways that music works its magic on children like Katherine, who had opened her hand while listening to Ruth and Carolyn play their rendition of “The Lion Sleeps Tonight.”

“What we realize is that children, when they’re unable to do anything else – maybe they can’t move, maybe they can’t see, and even kids who can’t hear well, you can get them through rhythm,” Ruth told Canada.com. “If they’re no longer able to participate in life in other usual meaningful ways, the music can still reach them and help them to express who they are and represent themselves in our world.”

And that is exactly what the Canadian Association for Music Therapy is about; they aspire to “promote, maintain and restore mental, physical, emotional, and spiritual health” through music.

Carolyn says she’s seen the music work on children that are subjected to repeated blood draws; she believes that the music helps them because it gives them some control and independence – something they may feel they are missing during their illness. “It also gives an opportunity for creative expression or to process feelings and emotions,” she added.

Ruth has even seen the healing power of music work on the sickest of children, and their families.

“In the ICU, if I’m in a room with four very sick children and playing guitar with one child, that sound will travel and the nurses, all the staff will comment how it helps de-escalate the tension and general level of anxiety in the room,” Ruth said.

And even when hope is gone, and all there is left to do is grieve, music can be used give families of a dying child a way to release their pain.

“In palliative care, you adjust the music. They will be requiring music that is much less complex harmonically and rhythmically and melodically. It can be an instrumental on the guitar. It could be classical, it could be a folk song, it could be ‘Twinkle, Twinkle, Little Star.’ It could be something significant to the family…it may be a hymn,” Ruth explained. “That’s part of what we do as therapists – we accommodate, we make a place for the grief, we don’t try to make it better. We try to allow it to be expressed and to provide comfort and support for it.”

Recalling what one father had told her:

“You come in here and you play that guitar and the walls seem to disappear and the beeping disappears, and suddenly I’m transported…I’m transported to another place. And for that half an hour, it’s good,” Carolyn says that, even when that grief is present, even when the music turns somber, the work is “extremely rewarding.”

“When you hear that, you’re humbled by it. It humbles me every time and leaves me in a place of awe and gratitude for what I can give,” she said. “You can provide an outlet…for a patient or their entire family that they wouldn’t get any other way.”