Carla Bruni-Sarkozy showed off a rounded belly at the G8 Summit in France today leaving little doubt that she is expecting. 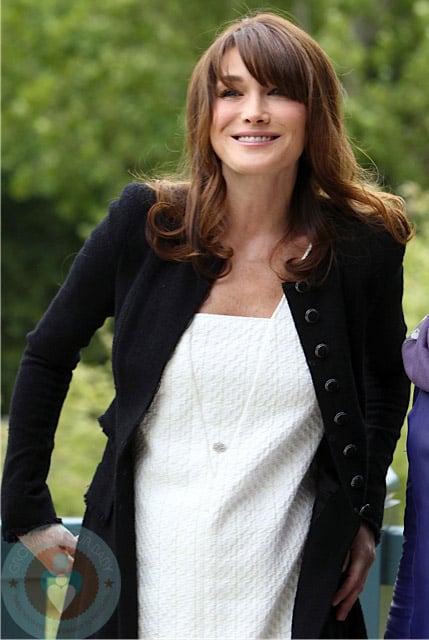 Dressed in a white frock, the French first lady posed for photos while joking with the other leaders wives.

Up to this point the couple has been mum on whether or not they are expecting until father-in-law 83-year-old father Pal Sarkozy let the cat out of the bag earlier this month when he announced he was “mad with joy” that they were expecting a child.

An Elysée adviser was yesterday quoted as saying:

“The plan had been for Carla Bruni to show her round tummy at the G8 in Deauville. It was to have been proof through pictures”.

The photos comes as there is speculation that Carla is expecting twins. If she is just carrying one baby, it will be the second for the former model and the fourth child for President Sarkozy.