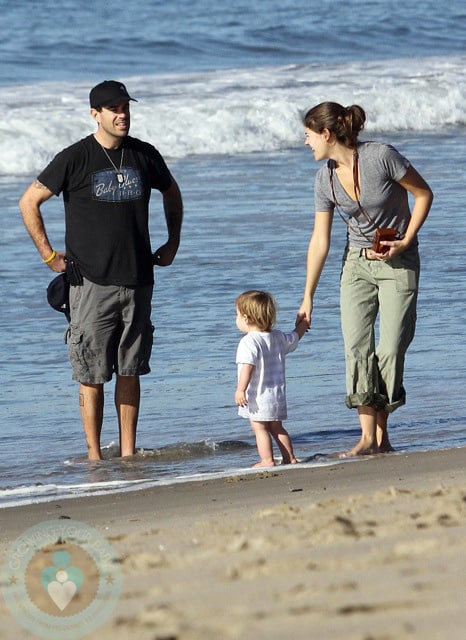 While out with friends, the happy family played in the sand and took a dip in the beach.

According to reports, Carson is in negotiations to host NBC’s new singing competition series, The Voice.

The show, which features four celebrity musicians who mentor and coach groups of singers through the competition, will go head to head with American Idol.