Home » Cate Blanchett Enjoys A Day Out With Her Boys in DC!

Cate Blanchett was photographed out for a stroll with her boys Roman and Ignatius on Friday in Washington, D.C. 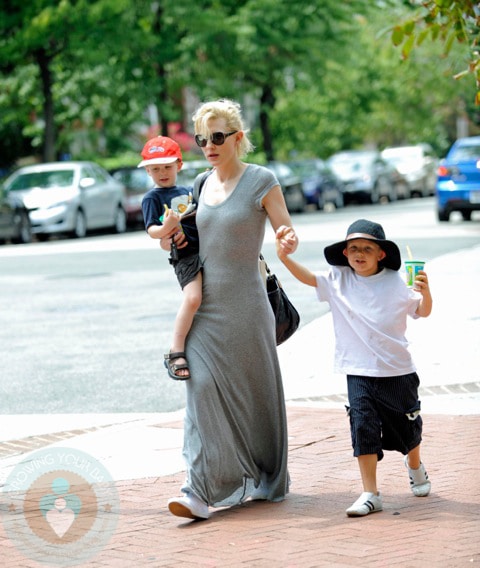 The actress spent her day off visiting the library, having fun at Playseum, and then going to lunch.

Cate is in town while performing the play Uncle Vanya in the Eisenhower Theater at the Kennedy Center.

Ben Brantley of the New York Times says that Cate

‘confirms her status as one of the best and bravest actresses on the planet, with a go-for-broke yet artfully contained performance that keeps sabotaging her own natural elegance.’