Catherine (Kate) Middleton, Duchess Of Cambridge was beautiful in brown while out on a visit to the The Fishing Heritage Center in Grimsby on Tuesday. 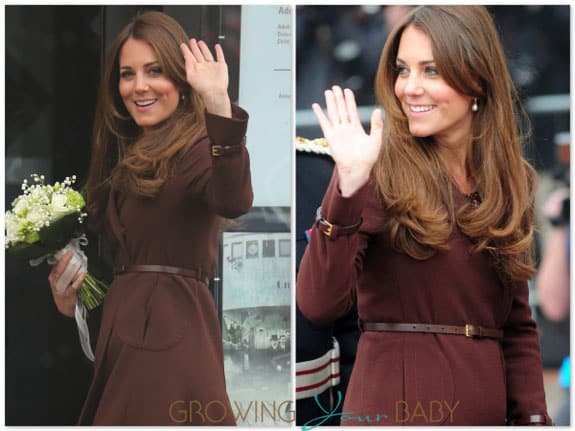 Due in July, the Duchess was welcomed to the center by three-year-old Lucy Bell, who presented her with a posy of flowers. 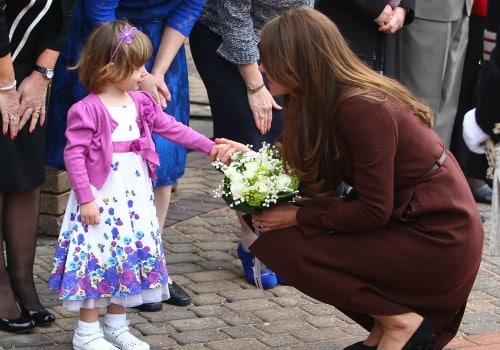 Operations manager Sue Marshall told ThisisGrimsby.co.uk that their team had practiced Kate’s arrival and tour many times as she would only be at the center for 45 minutes. Those plans were shifted, however, when fog delayed her helicopter’s departure by 2 hours.

Dressed in a Hobbs coat and a Great Plains dress, the Duchess also made an unplanned stop to speak to ten adults and children who are patients at the nearby St Andrew’s Hospice.

Former trawlerman John Vincent, now a guide, showed her around the Heritiage museum. He said,

‘It’s been fantastic, a great honour. She’s a great lady.

‘She was very knowledgeable and asked some very good questions. We had a bit of a laugh going round too.

‘I wished her all the best with her pregnancy and asked her to give my regards to William and Harry and bring them down here.’

During her tour of Grimsby, Kate also met fireman at the Humberside Fire and Rescue Service station and was on hand for the officially opening of Havelock Academy’s new £18 million building. 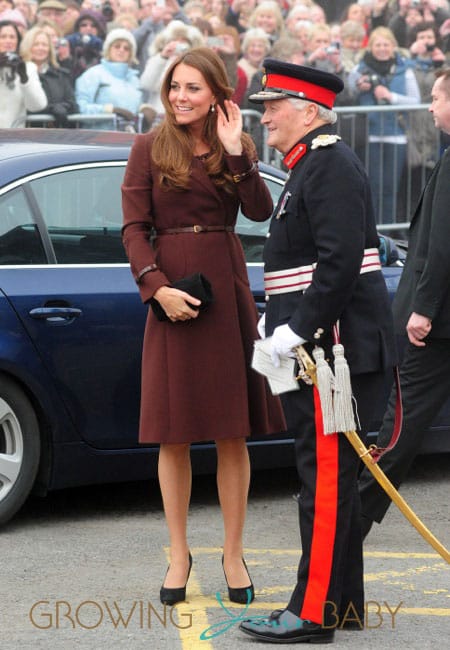