All eyes were on The Duchess of Cambridge, Catherine (Kate) Middleton last night as she attended ‘The Portrait Gala 2014: Collecting to Inspire’ fundraiser at the National Portrait Gallery in London. 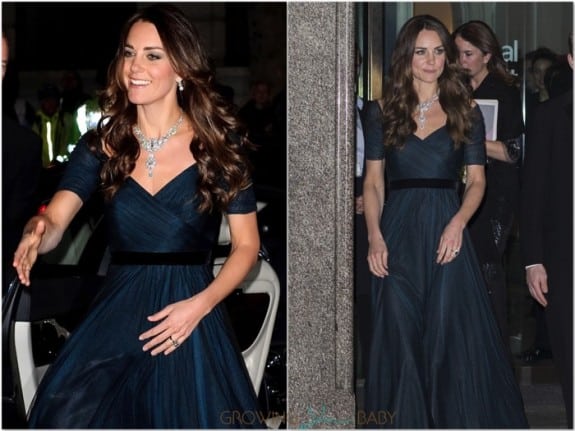 The Duchess was photographed stepping out of her Bently wearing a dress by British designer Jenny Packham. 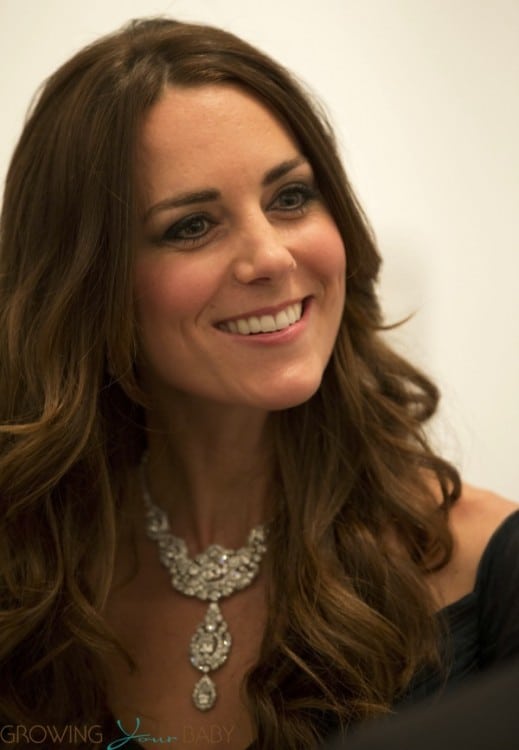 Around her neck she was wearing the Nizam of Hyderabad, a diamond necklace Queen Elizabeth II received as a wedding gift from the former monarch of the Hyderabad State for her wedding in 1947. The set the queen has consists of a tiara, which was composed of diamonds set in platinum and the necklace. The tiara originally featured three detachable rose brooches with en tremblant centers and a leafy background. The Queen wore the tiara in the years following her marriage, but she later opted to break it up.  In recent years she has worn the brooches many times, but the necklace only on a couple rare occasions.

This is not the first time Kate has borrowed something from the Queen’s private jewelry collection.  In December she wore the Lotus Flower Tiara to a Diplomatic Reception.

The outing comes just a couple days after the Duke and Duchess returned from their first family trip with baby George.  The couple, along with Kate’s parents, were photographed enjoying a two-week vacation on the Caribbean island of Mustique.

Kate will also be on hand on Friday to officially open The ICAP Art Room in Ealing.   As part of her visit she will greet staff and pupils, experience a short Art Room session, learn about how the school and the charity work together, and officially open the new facility.