Home » Celeb Meet up! Alec & Hilaria Meet Up With Bruce & Emma in LA

It was a celebrity meet-up in LA over the weekend! Alec Baldwin was photographed chatting with his Mercury Rising co-star Bruce Willis in Beverly Hills.  Out shopping with his wife Hilaria, he called her over to introduce their 7-month-old daughter to the actor, and his wife Emma. 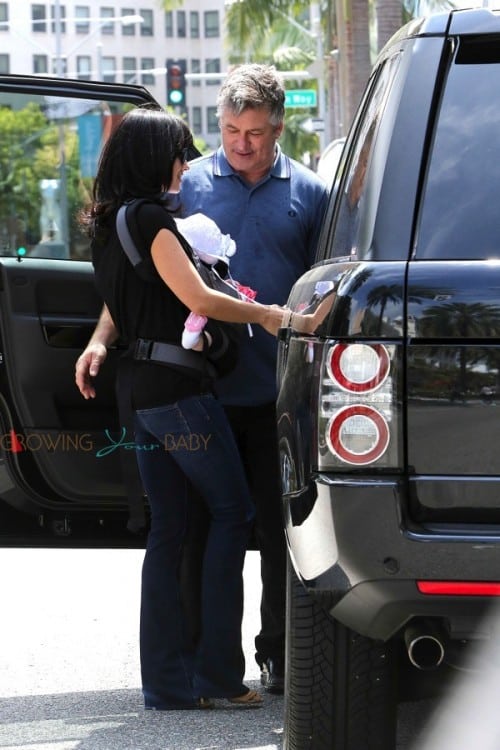 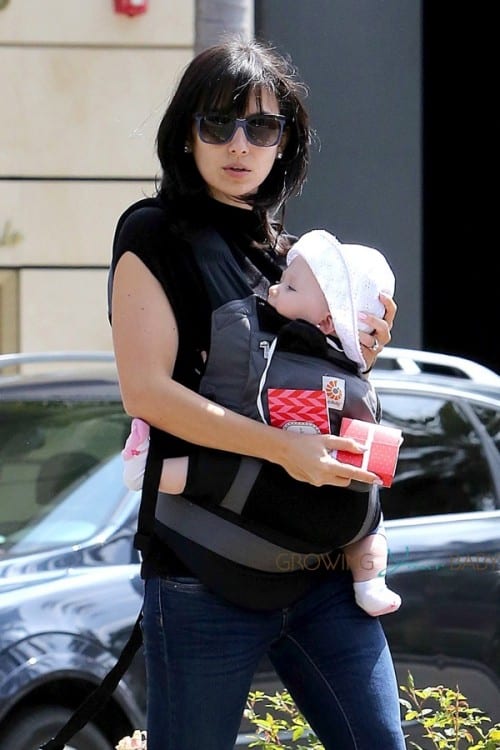 Due very soon with their second child, Bruce and Emma were later photographed strolling through the famous zip code.  Emma showed off her growing baby belly in a loose-fitted top which she paired with boyfriend jeans and leather sandals. 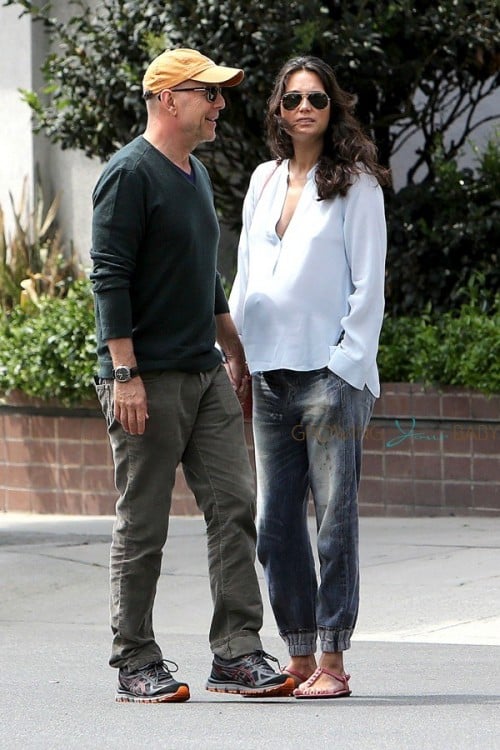 Even though they are expanding their family the couple is looking to downsize their home.  The Telegraph reports that Bruce and Emma’s Beverly Hills mansion is back on the market for the third time is less than a year.

Bruce purchased the hacienda-style house in the Benedict Canyon area in 2004 for $9 million.  The home, which is 10,000 square feet, boasts a tennis court, swimming pool, library and a hi-tech screening room, as well as 11 en suite bedrooms. The couple has slashed the asking price by 4 million dollars in hopes of moving the property quickly.

With his 5th child on its way, Bruce has a lot on his plate. This Fall he will team up with M. Night Shyamalan(The 6th Sense & Unbreakable) again to work on Labour of Love and a Sundowning.  He will also appear on the Big screen in Sin City: A Dame to Kill For in August, and The Prince later this year.