The celebrities and their little ones were out in full force again yesterday as Yo Gabba Gabba! Live! once again took over the Nokia Theater in Los Angeles. 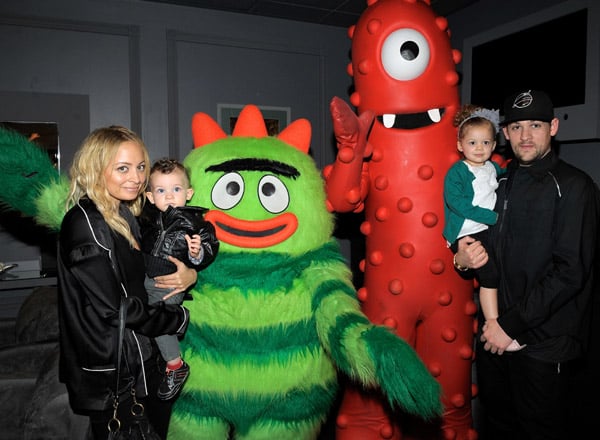 DJ Lance was in charge of the fun and bringing his friends to life with those three magic words, Yo Gabba Gabba!

Once again, he was also able to get some celebrities up and dancing during the dancey dancey segment! This time it was Nicole Richie and Joel Madden. They attended the festivities with daughters Harlow and Sparrow!

During the event, Nicole Richie tweeted,

Other celebrities in attendance at yesterday’s Yo Gabba Gabba! Live show were: