Celebrities were photographed on the White carpet arriving at the European Premiere of Frozen 2 held at the BFI Southbank in London on Sunday, November 17, 2019.

Josh Gad, Idina Menzel and Jonathan Groff posed for the cameras together.  Kristen Bell was not photographed so she may not have been in attendance. 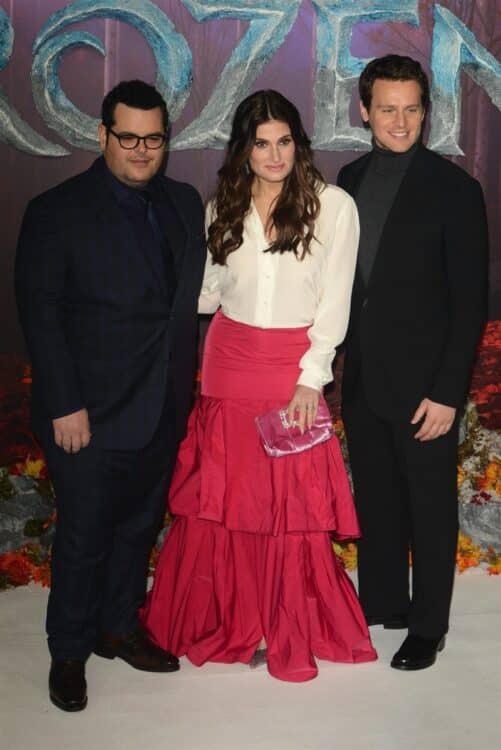 Tamara Ecclestone’s daughter Sophia Ecclestone Rutland was all smiles as she headed into the theater.  On Instagram Tamara said, “Frozen 2 we loved it. It’s rare for me to love a sequel but this was spectacular such a special night.” 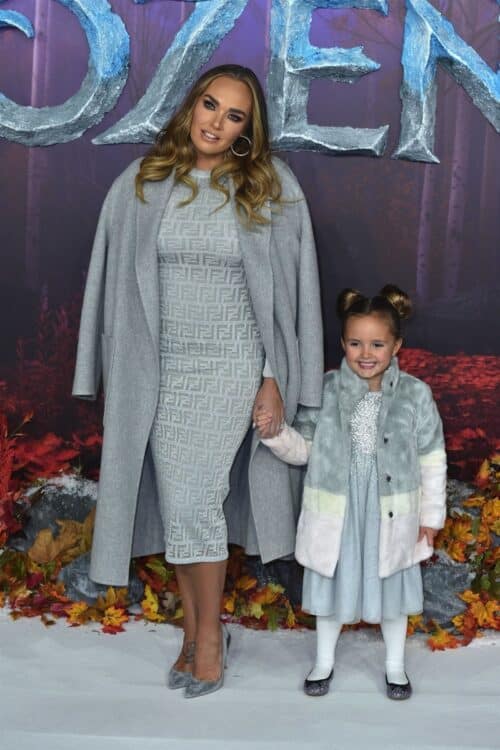 Stacey Solomon arrived with her sons Leighton Barham and Rex Swash as well as her neices. 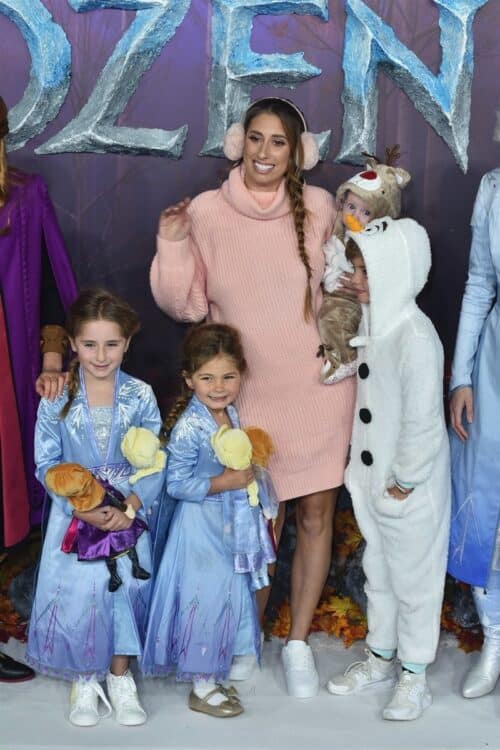 Rex was so cute as Sven! 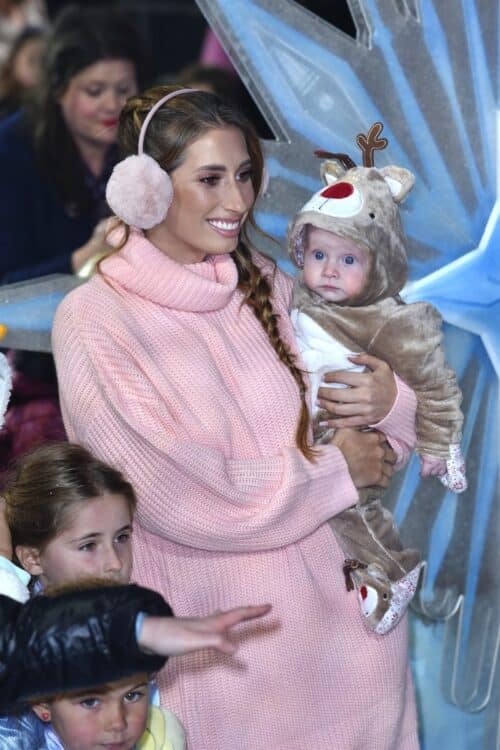 Lily Allen was accompanied by her daughters Marnie Rose and Ethel Cooper.  The girls wore Anna and Elsa costumes and carried the matching dolls. 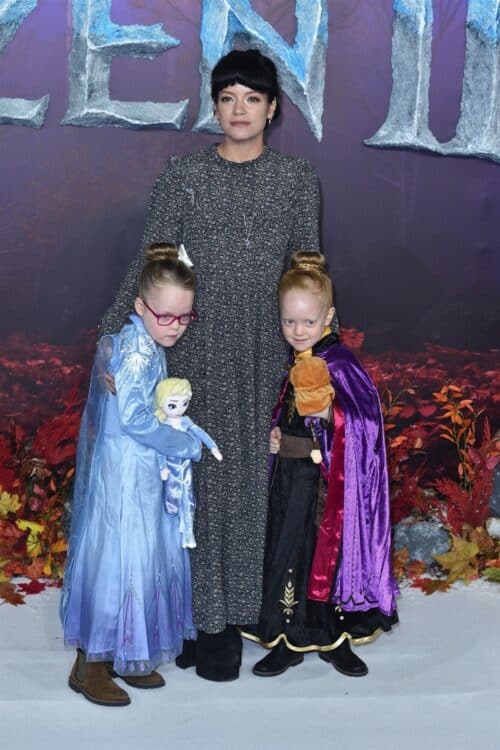 Saffron Barker with her cousin Ivy.  On Instagram she noted she was making good on a promise with the date.  “About 5 months ago i promised i would take my little cousin, Ivy to go and see @DisneyFrozen !! Today i took her to the European premiere & doesn’t she look beautiful!” 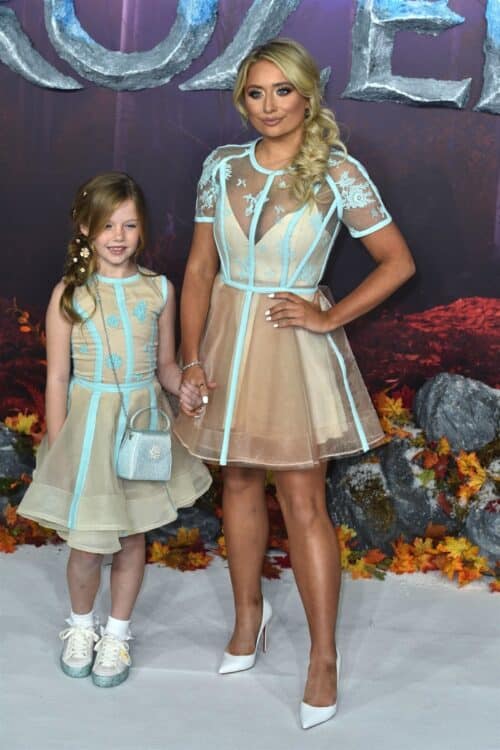 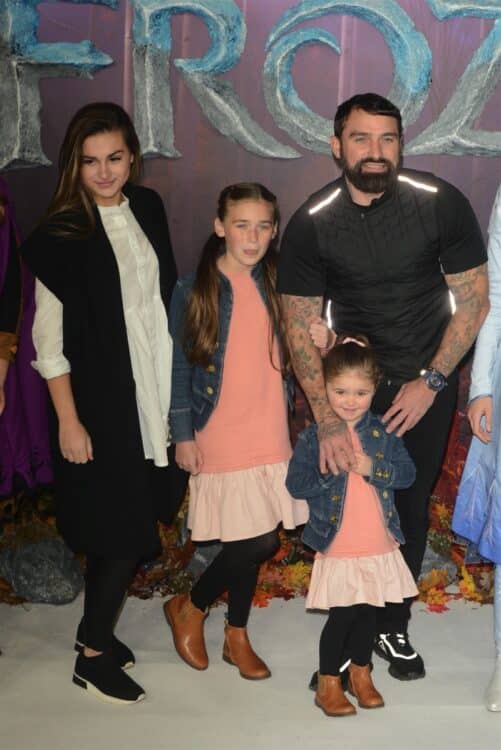 Vanessa Feltz with her adorable grandchildren. 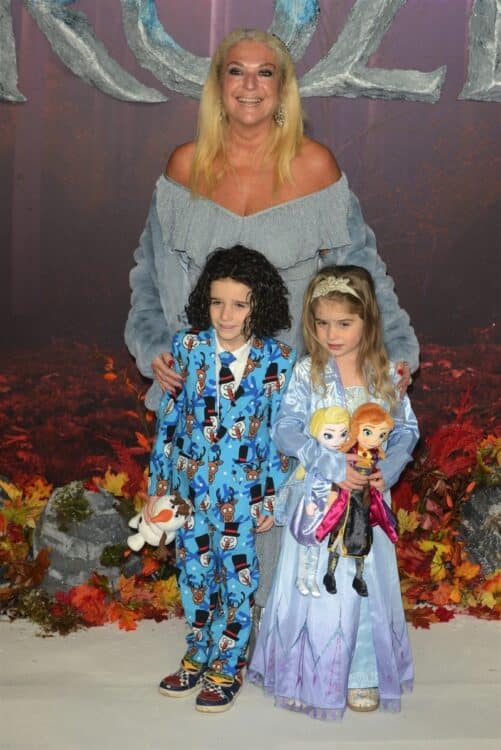 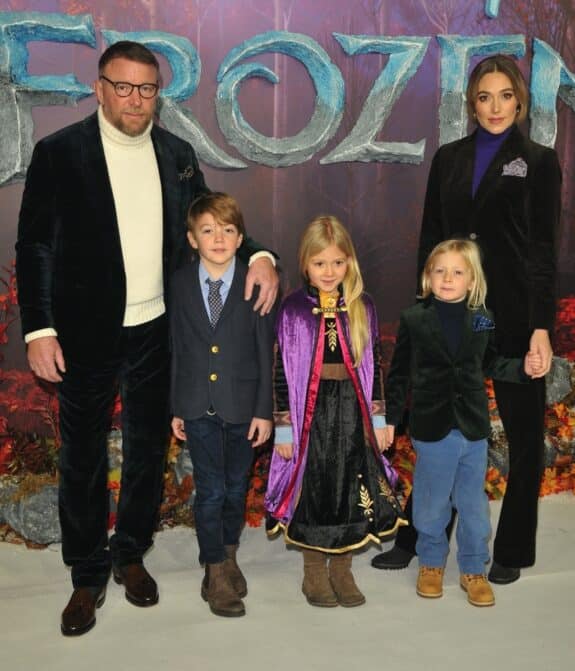