While in town for the US Open, Mirka Federer and her mother-in-law Lynette spent some time with her girls playing at the park yesterday.

It’s hard to believe that it’s been a full year since we’ve seen these cuties.  They were just learning how to walk last Summer when they were spotted at the same park. 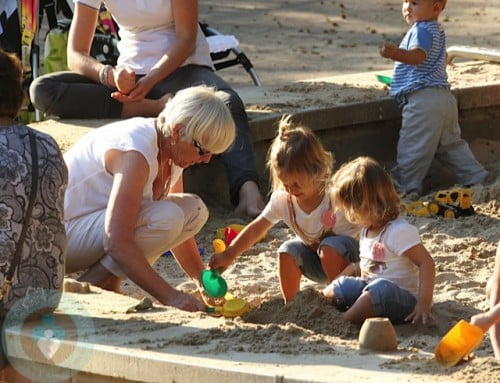 Dressed in matching necklace t’s and jean shorts, the girls played in the sand with their grandma before one of the twins hitched a ride home on their mom’s shoulders.

Charlene and Myla appear to have the same custom bugaboo bee that Gwen Stefani had made for Zuma last year.

That doesn’t comes as much of a surprise as Gwen and Gavin are close friends with the Federers and are often seen at Roger’s tennis matches.