Home » Cereal Marketing to Kids Still Focusing on the Sweeter Side 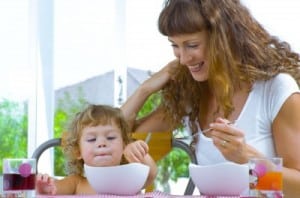 Over the last few years, U.S. food companies have created some healthier cereals for kids by cutting the sugar and using whole grains. Unfortunately, these healthier cereals still aren’t being marketed directly to children. Instead, the high sugar, highly processed cereals are still the focus when it comes to marketing efforts. The findings come from the “Cereal Facts” study from Yale University’s Rudd Center for Food Policy & Obesity.

Considering nearly one-third of U.S. children are considered overweight or obese, the new findings are nothing short of disturbing. Kelly Brownell, director of the Rudd Center, says that it’s great that the nutrition panels are improving, especially in Kellogg Co, General Mills Inc and Post Holdings Inc. But the marketing efforts still leave much to be desired.

“It’s not enough and the companies are still using all their marketing muscle to push their worst cereals on children,” Brownell stated.

To make matters worse, the spending to market cereals to children totaled $264 million in 2011. That’s up by 33 percent since 2008. Reese’s Puffs, Kellog’s Froot Loops and Post’s Fruity Pebbles rank the lowest for nutrition and highest for added sugar, yet they are also the most aggressively marketed cereals. On the other hand, regular Cheerios and Frosted Mini-Wheats have some of the highest nutrition scores but they are most likely to be marketed to adults rather than children.

Elaine Kolish, director of the Council of Better business Bureaus’ Children’s Food and Beverage Advertising Initiative (CFBAI), a voluntary self-regulation program for the food marketed to children says that the Rudd Center is expecting too much.

“Changing kids’ taste preferences takes time and effort. The notion that kids could stop eating Froot Loops and go and have Grape-Nuts, with all due respect to Grape-Nuts, to me is unrealistic and not practical,” Kolish said.

She says that some cereals had as much as 15 to 16 grams of sugar before the CFBAI was founded. Now most cereals contain no more than 10 grams of sugar, which is equivalent to about 2.5 teaspoons per serving. But according to Rudd Center authors, children generally eat twice the serving suggestion of cereal each morning. That means that children could be consuming as much as 5 teaspoons, or 10 grams of sugar, before even walking out the door in the morning.

“Before they leave the house in the morning, children eating these presweetened cereals will have consumed as much sugar as  they should eat in an entire day,” the Rudd Center report said. And they’re right.

The American Heart Association recommends that no more than half of all calories should come from added sugars. Based on the guideline, the U.S. Department of Agriculture says that inactive to moderately active children should consume no more than 20 grams of added sugar per day.

Parents should also know that U.S. Food and Beverage companies managed to stave off government regulation on their food products by promising to police and govern themselves through the CFBIA. While the big cereal manufacturers have agreed to follow and adhere to nutrition criteria for products advertised to children under the age of 12, it seems that they’re pushing the envelope as much as possible.

I agree with Kolish on one point: children’s taste preferences aren’t changed overnight. But it doesn’t seem to me that the companies are making any efforts to change those preferences if they are continuing to market these high sugar content cereals. Advertising the healthier cereals would be a smarter move if they were really interested in helping parents and children make better food choices. Then the responsibility of choice would rest with parent and child, which is where it should be in the first place.

Cheerios used to be advertised to kids. I remember it.  It’s what I fed my kids when they were little, and it is still a favorite in our house. In addition to that, we make granola sweetened with natural peanut butter, honey and dried fruit. It still has sugar in it, but I control the amount (which is, by the way, much, much less than the average sugary cereal). It takes less than 30 minutes to make and I only have to do it once a week. After that, it’s put in sealed Tupperware container so that it’s easy to use and access. There are tons of recipes out there, but I highly suggest the “Lazy Granola” recipe because it’s the easiest to make.

Another great option for breakfast that my kids love? Fruit. Not fruit juice though. Just plain old fruit – apples, bananas, grapes, oranges, etc. Fruit is easy on the early morning tummy and you’ll only find natural sugars in fruit. That means no sugar high, no afternoon sugar crash and a more satisfied feeling. Additionally, fruits contain enough calories to keep my kids going until lunch time. Sometimes we even roll pre-chopped fruit in a whole wheat tortilla. This works great for on the go mornings.