Home » Channing and Jenna Dewan-Tatum Are Having a Baby! » VH1 Divas 2012 held at The Shrine Auditorium – Arrivals 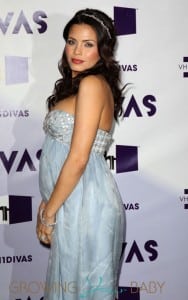 **File Photo**
* CHANNING TATUM TO BE A DAD
Christmas has come early for actor CHANNING TATUM – his wife JENNA DEWAN-TATUM is pregnant.
The Magic Mike star and his actress wife will become first-time parents next year (13).
A representative for the couple tells People.com, “(The Tatums) are pleased to announce that they are expecting the birth of their first child next year.”
The news should come as no surprise to fans – Tatum, who was recently named the publication’s Sexiest Man Alive, dropped hints the pair was keen to start a family in an interview last month (Nov12), saying, “I’m ready; I think she’s ready. The first number that pops into my head is three (children), but I just want one to be healthy and then we’ll see where we go after that.”
Tatum met his now-wife on the set of their hit dance movie Step Up in 2006 and they tied the knot in California three years later (09). (MC/WNWCPL/MT)
USA – 17.12.12.