Charlotte Church and Gavin Henson get the cover of Hello Magazine this week to share their youngest son Dexter’s christening with the magazine. 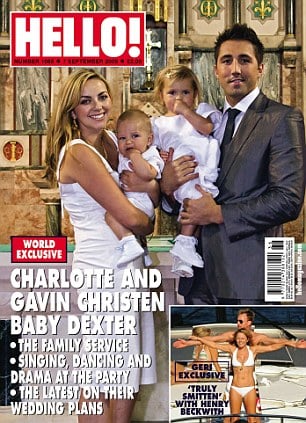 Dexter arrived in January weighing 7lb 5oz. Like with her first child Ruby, Charlotte chose to give birth at home in a birthing pool.

The new mom spoke candidly with the magazine about pregnancy, weight loss and more babies.

‘I suffer badly with aching hips when I’m pregnant and last time, with Dexter, it was so painful,’ she said.

Charlotte said she didn’t feel pressure from being in the media spotlight to get back into shape immediately after giving birth.

She said: ‘I couldn’t care. When I get to the stage where I personally think, “Crikey, I’ve got to do something about this”, I’ll eat less or eat healthier but I won’t be spurred on by what’s written in the media.’

Even so, Miss Church admitted it has been nice to have her old body shape back, after giving birth to two babies close together.

‘The range of clothes in my wardrobe is ridiculous – they go from an eight to a 16, from when I was so big with Ruby. So yes, it is kind of nice to have my body back.’ 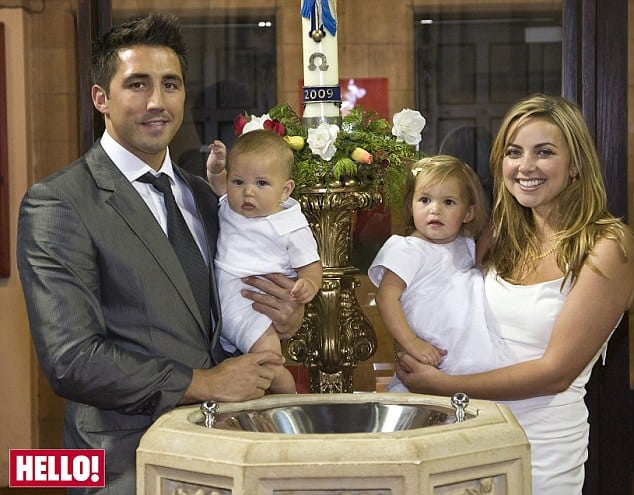 ‘As long as he’s getting attention and someone’s holding him or playing with him, he’s happy.’

Will there be more kids? If Gavin has his way, yes.

‘We definitely want more kids, though, but we think we’ll wait a few years now until Ruby goes to school.’

Hello Magazine has the whole interview along with a slew of pictures.