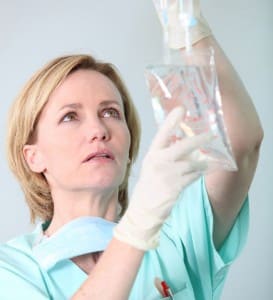 As a parent with an autistic child, I have to admit – the thought of a ‘cure’ brings about mixed thoughts and feelings. On one hand, there are definitely some autistic behaviors that I could have lived without. On the other, I see autistic traits in my son that I feel make him a better person and me a better mother. But as far as treatments go, I’m all for anything that may improve his mood regulation and social skills or give him a better understanding of how others think and feel. So I can definitely understand why parents would try almost anything to help improve their autistic child’s condition. Sadly, some therapies and solutions work better than others.

Over the years, theories that mercury poisoning may play a part in the development of autism have led parents to an alternative treatment, more specifically, a drug therapy that removes heavy metals from the blood stream. This drug, chelation, (also used to treat cancer and heart disease) is given to patients through injection and then binds itself to heavy metals in the blood stream and allows them to pass through the renal system, ultimately causing the metals to leave the body through urine.

Like most drugs, there are risks to using chelation, including kidney damage and gastrointestinal problems. While medical professionals do use this drug therapy to treat some serious health conditions, the risks far outweigh the potential benefits, which researchers from Baylor University in Waco, Texas say don’t exist.

“I see that they (parents) want to try everything, and they are well intentioned,” lead researcher Tonya Davis said in the journal Research in Autism Spectrum Disorders. “But there are risks involved with any treatment choice, and some of those are very serious. So far science does not support [chelation] as being an effective treatment, and that’s a big risk to take when you have limited resources and limited time…I just hope that parents get as much information as they can [before trying a new treatment].”

Davis and her colleagues gave this warning after looking over five studies that tested the effects of chelation drug therapy on autistic children. Each of study had between one and 41 children, ranging from the ages of three to 14. All of the children had been given chelation therapy between one and 12 times a week for up to seven months. Some of the children also received vitamin supplements or other therapies while on chelation therapy. Tests, questionnaires and anecdotal reports from parents were used to determine if and how symptoms changed while taking chelation.

In the study with one child (a four-year-old boy with autism), chelation was found to have positive effects on autistic symptoms, according to the child’s parents. However, the other four studies found mixed results. Some kids improved on some symptom measures but none of the studies provided any certainty that the chelation was responsible for those improvements. In fact, Davis says that she and her colleagues were surprised to find so few studies measuring the successes of chelation and disappointed by the lack of evidence on the benefits, considering the extreme risks involved with chelation therapy.

Dr. Joyce Mauk, head of the Child Study Center, an organization that treats kids with developmental disabilities in Fort Worth, Texas, says that she’s not very surprised that there’s no evidence that chelation therapy actually works.

“There’s really no evidence that mercury causes autism or has a place in causing autism, and also we know that chelation can be dangerous as well. Even the underlying theories don’t make sense,” Mauk told Reuters Health. “Most children with developmental disabilities, what gets them better is really skilled therapists and a lot of work. If you hear about something when all you do is inject something or take a pill, it’s unlikely to work.”