Home » Chelsea Clinton Steps Out With Her Family To Vote!

Chelsea Clinton and her husband Marc Mezvinsky were photographed taking their kids, Charlotte and Aidan to the polls to cast their vote for President on election day in New York City. 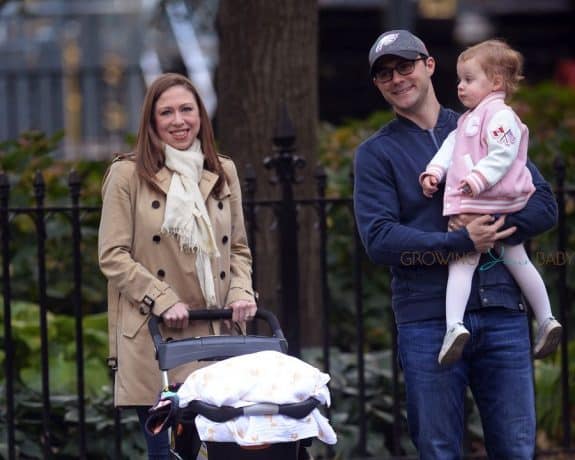 Charlotte was sweet in a USA varsity jacket that gave a little nod to Canada as well! 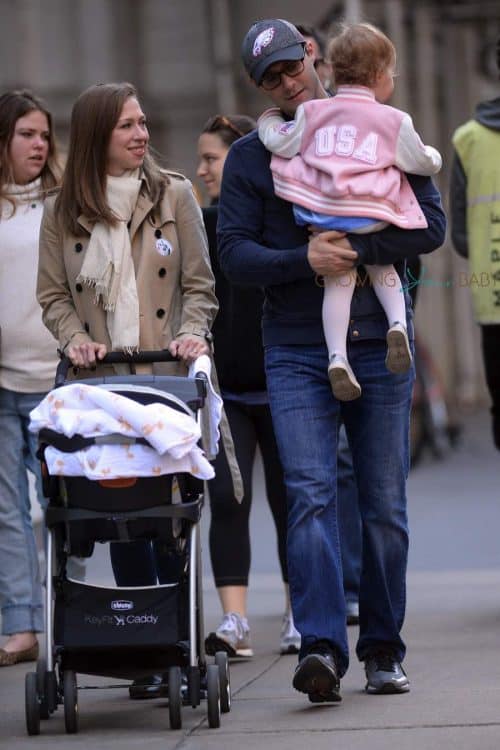 Chelsea is the daughter of former president Bill Clinton and Democratic Presidential Candidate, Hillary Clinton.  This morning the couple was spotted leaving the polls after voting for the Mrs. to be the first female President of The United States of America. 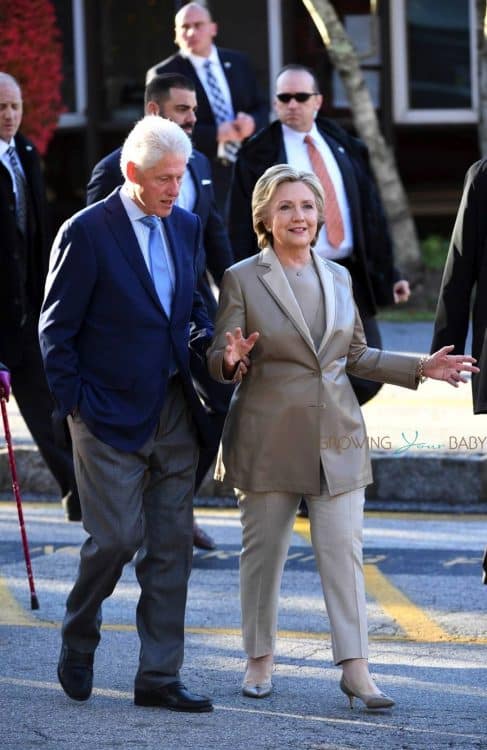 Shortly after Chelsea hit the polling booth she tweeted how proud she was of her mom.

One of the greatest honors of my life was voting for you today mom. As always, I'm beyond proud of you pic.twitter.com/d4azrAry0U

The election results won’t be official until later this evening, but it will be interesting to see if the Clintons make it back into the White House for the 3rd time!