Crib bumpers are sold with nearly every crib set on the market. They wrap around the inside of the crib and are marketed as a product that can help prevent head injuries and limb entrapment. Parents assume that, since they are sold at stores, they must be safe. However, according to some sources, including The Chicago Tribune and the Chicago City Council, these popular crib accessories pose a serious risk that has been hidden from parents for years – suffocation. 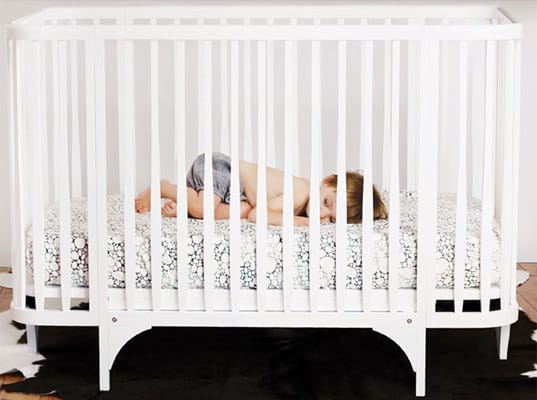 The Chicago Tribune has faithfully reported about the suffocations that have occurred over the years – suffocations that have been reported to federal regulators but not disclosed to the general public. Multiple stories and investigations have been done by The Tribune, in hopes that parents would receive the message. The City Council, however, felt that more needed to be done.

“If we were to wait for federal regulators, it probably would never get done,” said Ald. James Balcer, 11th, who helped introduce the ordinance to send a message to federal regulators and other municipalities about the dangers of crib bumpers. “We have a responsibility here as a government to address issues like this,” he added.

The ban will take effect in about seven months. Regular inspections of stores will be conducted to ensure that businesses are complying with the new ordinance. Any businesses found to be in violation will be charged a fine of up to $500 per violation.

Chicago isn’t the only one considering a ban. The entire state of Maryland is also considering a similar ban of the popular crib accessories. As you can imagine, this is stirring up quite a commotion among those that manufacture and sell the products.

Executive director of the Juvenile Products Manufacturers Association, the trade group organization that represents the sellers and makers of the bumpers, voiced concerns that the ban will create unintended consequences. He fears that parents may try to use other items to create makeshift bumpers, which, according to Dwyer, is more dangerous.

Dwyer and the organization stand by the product, stating that they are safe and that they really do help to reduce the number of head injuries and cases of limb entrapment cases among infants. The group also stated that there is no evidence that crib bumpers can cause suffocation.

Federal regulators aren’t necessarily stating that they agree that crib bumpers are safe but they aren’t contesting the continuance of their sales. If anything, they have seem hesitant to take a stance on the safety of the pads, one way or the other, despite the number of reports received.

According to regulators, they are trying to find a scientific link between bumper pads and suffocation. They stated that, the in the cases reported, crib bumpers were not clearly marked as the cause of death because there were other items in the crib.

Yet, when The Tribune looked into the cases, there was clear evidence that bumpers do pose a threat. In many of the cases reported, infants had died with their faces pressed into the bumper. Medical examiners and coroners had declared that crib bumpers were involved in the suffocation of some cases. And even an additional 17 cases were reported but not investigated, despite the report on file that suggested that a crib bumper had played a role in the fatality.

Nancy Maruyama of SIDS of Illinois says that parents are told to not put anything soft in their baby’s crib. Bumpers, while soft, are touted safe by parents because, “If (stores) sell it, it must be safe.” But this doesn’t seem to be the case.

Even if crib bumpers are not banned nationally by local or federal governments, you, as a parent, have a right to know the truth. Just remember, anything soft in your baby’s crib can pose a suffocation risk because your baby does not have the motor skills to pull away if their face presses up against it. You, as their parent, have to make an educated decision to keep them safe.

Additionally,  while they’ve never been ‘banned’ Health Canada issued a warning on crib bumpers back in August 2005.

SOURCE
Photo is of a Argington Bam Crib