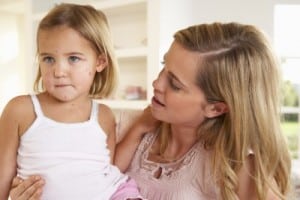 Pediatricians in Canada say that every child in the country needs a second dose of chicken pox vaccine because one shot is not enough to give them lifelong protection from the infection.

Presently in Canada, all provinces provide a routine single dose immunization for chicken pox but some, like Saskatchewan and Ontario, have begun offering a second dose.

The Canadian Paediatric Society (CPS) feels that the two dose regimen should be followed across the country and there should be no differences based on the provinces.

“Your health status shouldn’t depend on what province you live in — nor on your parent’s ability to pay. The goal of the second dose is to boost everybody’s immunity. We’ll not completely eliminate chicken pox, but the goal is to prevent severe infections, big outbreaks and breakthrough disease.

“We don’t want people to get severe disease as they age.”

A routine chicken pox vaccine cost $100 to $150 on the private market.

Although the number of chicken pox cases have dropped to 84 percent in some provinces since publicly funded varicella vaccination programs began in 2000, severe cases are still reported.

It states that there is evidence that shows that one dose is not enough to be safe from chicken pox for life.

“There is increasing evidence that immunity to one dose of the vaccine can wane in a vaccinated population, and the disease may be shifting to an older age group that can experience more severe disease and more complications.”

The paediatricians explain that because there is less cases of chicken pox in the community children are not getting the ‘natural boosting’.

“The goal is to give them a second dose so that they’re boosted and go into adolescence and young adulthood immune to chicken pox,” Salvadori said.

In adults chicken pox may lead to life-threatening pneumonia or liver inflammation. For a pregnant woman the risk is doubled because if she gets chicken pox the child may suffer from birth defects.

“If the mother breaks out into chicken pox at the very end of pregnancy, just before delivery, the baby can get very sick, and can even die,” Salvadori said. She added, “Children vaccinated against chicken pox have a lower incidence as they age of developing shingles — an excruciatingly painful condition caused by a reactivation of the varicella zoster virus that causes chicken pox. The pain can be debilitating and last a lifetime.”

Many parents feel that the list of routine childhood immunisation just keeps growing and it might overwhelm a child’s immune system. But the doctor assures that the human immune system is programmed to respond to ten thousand stimuli a day, and this is actually a very, very small number.

“We very carefully monitor side effects as well as effects of vaccines, and so far the risks of every vaccine are very tiny compared to the benefit — both for an individual and for the whole population.”

She also adds that some provinces have combined the chicken pox shot with the measles, mumps and rubella (MMR) shot, all in one needle.

According to CPS healthy children between 12 months to 12 years of age should receive two doses of the vaccine. The recommendation was also made a year ago by the National Advisory Committee on Immunization.

The first dose should be given between 12 to 18 months and the booster dose at 4 to 6 years of age.

Children who already had one dose and those who are under 15 years of age should be offered a second dose according to CPS.

“The only people who don’t need chicken pox vaccine are the ones who have had naturally occurring chicken pox disease when they were over a year old,” she said.

In the US the two dose immunization strategy was recommended by the American Academy of Pediatrics in 2007.