Friends are the ones that we can go to when no one else in the world seems to understand. We laugh with them, we cry with them, we play with them. There is no doubting the fact that people who have friends tend to live healthier and happier lives. Many studies have shown the benefits of friendship, including positive mental and physical effects. It is imperative to make friends in our lives, however, doing so is not a skill that comes easy to everyone. While some can make friends as easily as walking into a room, others have a hard time trying to figure out how this whole friend-making-thing works. 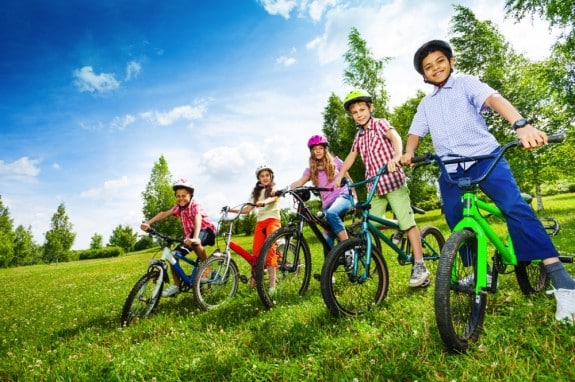 Tracy Vaillancourt, a professor psychology and education at the University of Ottawa believes that forging friendships should be one of the most important lessons that a child learns in school. She says, “I think it’s the most important lesson in life. I don’t think there’s anything more important. Social skills get people so far in life. And so having good social skills is attached to having friends.” While a majority of the work is on parents to help their children to learn these skills, Vaillancourt believes that schools should also play an integral part as well, saying, “Teachers are very focused on reading, writing and arithmetic when they should really be focused on relationships. That should be the first ‘R’ of education.”

If your child is particularly shy and has had trouble making friends, Vaillancourt believes that teachers can help to bridge those connections, and parents should enlist the help of their child’s school. Educators can pair shy kids together for projects, while also keeping an eye on disruptive children. She says, “I think that teachers need to help facilitate that social landscape of their classroom. The teacher is a powerful ally and can create social alliances and destroy them quite readily.”

Barry Schneider, child psychologist and a professor at Boston College suggests that parents avoid being over-controlling, but also advises against being too-far removed from their children’s social lives. He believes by starting early and giving children the opportunity to meet others is a desirable solution. He suggests coordinating play dates with other children, or even enrolling your little one in an activity they enjoy, like tee-ball or dance classes, but nothing too competitive.

Schneider also talks about the importance of parents showing their children friendships, and sharing details about their own, so that the children will understand having friends is important. Kids learn by watching grown-ups, after all. If parents value friendships, the children will learn to as well. While many parents might feel the need to keep their particularly shy children away from dreaded bus rides or staying after school for a club meeting, it will only hinder their friend-making skills. Vaillancourt says that forging friendships is like any other skill in the world, the more they do it, the easier it gets.

In high school, where the student population tends to be much larger than that of elementary or middle school, the chances of children making friends are much higher. She says, “Solid friendships tend to be based on similar interests and ideologies. So finding people that are like you, you’re probably going to be more successful. If you’re painfully shy and your best friend is just out there (extroverted), I think that could be a bit of a challenge over time.” She says that when children find others like themselves, who share the same interests, for example, higher satisfaction rates are reported from those friendships. She says, “Their friendship groups tend to be stable. Because they’re not these outrageous kids looking for the next interesting thing, right? They’re true and loyal.”

Both Schneider and Vaillancourt believe that the earlier children start to make friends, the better off they will be. Vaillancourt says,