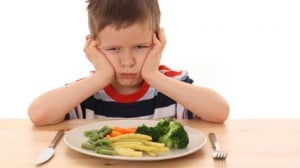 Numerous studies have shown that good nutrition during the early years is important for more than just growth and development; it’s also important for long-term health. While most parents deal with the occasional picky eater, parents of children on the autism spectrum are more likely to deal with feeding problems, a new study says.

Researchers at Marcus Autism Center and the Department of Pediatrics at Emory University School of Medicine recently embarked on the first comprehensive meta-analysis of feeding problems in autistic children. Information was gathered from all published, peer-reviewed studies that related to feeding problems and autism. After examining the dietary nutrients, researchers found a significantly lower intake of calcium and protein as well as an overall higher number of nutritional deficits among autistic children. The results were reported in the online early edition of the Journal of Autism and Developmental Disorders on Feb. 1, 2013.

“The results of this study have broad implications for children with autism,” William Sharp, PhD, a behavioral pediatric psychologist in the Pediatric Feeding Disorders Program at Marcus Autism Center and assistant professor at Emory University School of Medicine told News Medical. “It not only highlights the importance of assessing mealtime concerns as part of routine health care screenings, but also suggests the need for greater focus on diet and nutrition in the autism community.”

Feeding issues that autistic children may experience include severe food selection, extreme tantrums during meals and ritualistic mealtime behaviors. Sadly, this leaves autistic children largely at risk for several health complications – everything from growth retardation, malnutrition, poor academic achievement, malnutrition, poor bone growth, obesity, cardiovascular disease, and more. Many of these effects can carry on into adolescence and adulthood.

The study researchers say that parents often bring up their concerns about how few foods their children are consuming. However, there has been very little information available to physicians regarding the long-term health implications of such feeding issues in autistic children. Sharp says this new information should send a clear message to health care professionals: the food problems in autistic children really are something to be concerned about.

“Despite the risk of long-term medical issues, as well as frequent caregiver concern regarding the quality of their child’s diet, feeding problems are often overlooked in relation to other areas of clinical research concern in the autism population,” Sharp said. “Our findings have immediate and important implications for the work of practitioners serving children and families with autism, who in the absence of such information, may struggle to address parents’ concerns, or, worse, may fill the void with alternative treatments that may be ill-conceived or even harmful to children and families.”

Sharp addressed one particular alternative treatment method in his statement – elimination diets, which are particularly prevalent among both health care professionals and parents to “treat” autism. He says their data indicates that these special diets may actually end up exacerbating the nutritional risks for autistic children. He added that health care professionals should review the potential complications of following an elimination diet, as well as each child’s unique feeding and nutritional presentation, before routinely prescribing them to their patients. Additionally, Sharp indicated that more research should be done on elimination diets to determine what their overall effects on autistic children may be.

“This study is the first of its kind to quantify the impact of feeding disorders in the autism population,” Sharp said. “We hope that our work helps guide clinical practice as well as provides a roadmap for future research in the area.

With this study now concluded, the Marcus Autism Center is now using the findings to further expand their research program to include children with autism and feeding disorders that are seen through its Pediatric Disorders Program. Areas they plan to research in the future include more detailed analysis of the health complications associated with the dietary patterns often followed by autistic children (obesity and obesity related disorder prevalence, for example). They would also like to take a closer look at the social implications and family stress that often accompanies such feeding issues.