It seems that books are no longer the best friends they used to be, especially for children.  According to a new report, which was released on Monday by San Francisco-based nonprofit Common Sense Media, American children still spend a part of their day reading but the time spent is much less than what they did a decade ago. 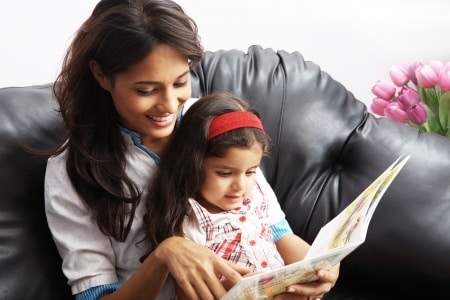 The organisation focuses on the effect of media and technology on children, and published the report as a collective data collected from a number of national studies and database.

“It raises an alarm,” said Vicky Rideout, the lead author of the report. “We’re witnessing a really large drop in reading among teenagers and the pace of that drop is getting faster and faster.”

The report revealed that while in 1984, 81 percent of nine-year-olds read for pleasure once or more in a week, in 2013 this dropped to 76 percent. Among older children this decrease was even larger.

Kids, they say, aren’t reading for pleasure.  About a third of 13-year-olds and almost half of 17-year-olds reported in one study that they read for pleasure less than twice a year.

Among those who read books or were read to, children spent 30 minutes to an hour daily and older children usually read for a longer time each day.

The team, however, added that the data collected may not have included the stories read online or through social media.

Not surprising, the same report also revealed that many children are struggling with literacy.

One third of fourth grade children were found to be proficient in reading, while another one-third scored below the basic reading skills.

On a positive note, the report found that as per a study the reading ability of young children had increased since 1970. This number did not however change among 17-year-olds.

About 46 percent of white children are considered “proficient” in reading, compared with 18 percent of black children and 20 percent of Hispanic kids. Those gaps, it noted, remained relatively unchanged over the past 20 years.

“To go 20 years with no progress in that area is shameful,” Rideout said.

The report mentions some ways that have helped children read more. Parents setting aside time for reading each day and themselves reading books to children are some encouragements that were found to help children read.