Home » Children with Disabilities at Significantly Higher Risk of Abuse 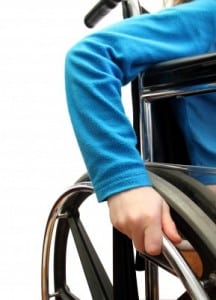 In the July 11 issue of the online journal, The Lancet, researchers from the United Kingdom shared some very disturbing data: children who are disabled are at a significantly higher risk of being abused or neglected. They are also more likely to be exposed to violence during childhood.

“The impact of a child’s disability on their quality of life is very much dependent on the way other individuals treat them,” said one of the study authors, Mark Bellis of Liverpool John Moores University in England. “This research establishes that the risk of violence to children with disabilities is routinely three to four times higher than nondisabled children. It is the duty of the government and civil society to ensure that such victimization is exposed and prevented.”

Additionally, it was revealed that children with mental or intellectual deficits were at a greater risk for sexual abuse than children with other types of disabilities or no disabilities at all. Unfortunately, they did not have enough information to determine the risks of sexual violence to these children.

Director of the World Health Organization’s department of violence and injury prevention and disability, Dr. Etienne Krug, who contributed to the study said: “The results of this review prove that children with disabilities are disproportionately vulnerable to violence, and their needs have been neglected for far too long. We know that specific strategies exist to prevent violence and mitigate its consequences. We now need to determine if these also work for children with disabilities. An agenda needs to be set for action.”

Researchers are also concerned that the risks may be even higher for children in developing nations.

“Estimates are missing for most regions of the world, particularly low-income and middle-income countries,” Bellis stated. “This is a fundamental gap that needs to be addressed because these countries generally have higher population rates of disability, higher levels of violence and fewer support services than do high-income countries.”

Authors of an accompanying comment in The Lancet, Emily Lund and Jessica Vaughn-Jensen from Texas A&M University, said: “Researchers need to target under-represented disability groups…[to] provide a clear picture of the interactions between the type of disability and risk for violence and maltreatment. Future research should seek to strengthen our knowledge through rigorous studies with diverse populations, both in terms of nationality and type of disability.”