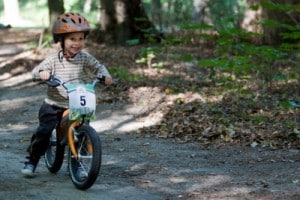 Concussions can happen to any child after a blow to the face, neck or head. Previously, it was thought that children recover faster, easier from such head trauma injuries, but more and more health care professionals are saying that nothing could be further from the truth.

According to data from the BC Children’s Hospital, 257 of all emergency room visits in 2009 were related to concussions in children. This is one year, one hospital. What’s even more alarming is that the numbers may be even higher.

According to Dr. Ash Singhal, a neurosurgeon, University of B.C. pediatrics associate professor and medical director of the pediatric trauma program at B.C. Children’s hospital, concussions are grossly under-reported because children may not visit the emergency room after a traumatic event. This makes tracking concussions in children extremely difficult.

The condition is known as Second Impact Syndrome, or SIS. It is a condition in which the brain has not recovered from an initial blow and a second blow causes the brain to swell rapidly, sometimes within minutes. This leads to a loss of control over cerebral blood flow, which then causes cerebral edema. This condition can result in permanent disability or death.

These serious risks and the increasing numbers in concussion diagnoses prompted a warning from the Canadian Pediatric Society, released back in January. In their statement, they advised parents, coaches and doctors to “treat concussions as brain injuries with potentially catastrophic consequences.”

“Because their brains are still developing, children and adolescents are more vulnerable to head injury and take longer to recover from concussions than adults,” stated Dr. Laura Purcell, the CPS statement’s author.

Concussion injuries, particularly SIS are most commonly seen in children that play high contact sports, like hockey or football, where tackling or “bodychecks” are allowed. Based on information from a 2006 report in the BC Medical Journal, “bodychecks” were responsible for 86 percent of all concussions among sports players between the ages of 9 and 15. It is in this age range that medical professionals say that children’s brains are most vulnerable to permanent injury.

Yet many young children fail to recognize the severity of their injuries while they are out on the field. They are also more likely to get back out on the field after a serious injury when they haven’t been properly monitored by a health care professional, putting them at serious risk for SIS.

Keith Primeau, a Canadian hockey player that retired in 2006, now coaches young children. During his career, he was diagnosed with four concussions, but he says that he probably had more.

“I would guess that over my career span, I have had around 10,” Primeau stated.

His biggest concern as a coach and father is that too many young children are faced with pressure that drives them to play, even when it is unsafe.

“These kids aren’t going to understand the severity of their injuries,” Primeau said. “Even though they may not feel well, they don’t understand, so it disturbs me when I see players returning to the ice before being evaluated.”

Where does the pressure come from? A number of factors, apparently. As boys get older, they become less eager about expressing pain around their peers. Parents pay thousands of dollars for registration, tournament costs, gear and more so they are more apt to let their child take more time on the field or ice, without recognizing that their child may not be safe to play.

“There’s a lot of external forces at work, economic forces, and there are egos involved. I’ve seen kids who have been two or three concussions along, and they are in dangerous waters,” Primeau said.

The problem may also rest in the fact that a concussion doesn’t always mean a blackout, so parents may not recognize the signs of a concussion in their child: dizziness, visual disturbances, loss of balance, headaches, vomiting, irritability, trouble falling asleep, sleeping more than usual. Anytime a child complains of any of these symptoms after a head injury or blow to the face, neck or head, they should see a health care professional.

Additionally, children diagnosed with a concussion could take three weeks or more to recover. Recovery should always be monitored carefully and with the aid of a health care professional. Even if the child says they are feeling fine, they should not return to regular physical activity, especially sports, until they are released by the family physician.