Home » Chris Hemsworth Steps Out With His Family In Santa Monica

No stroller needed! Actor Chris Hemsworth prefers to keep his two-month-old daughter India Rose close when he is out and about.  The actor was photographed cradling her in his arms while leaving Kafe K with his wife Elsa and some friends on Thursday(July 12) in Santa Monica. 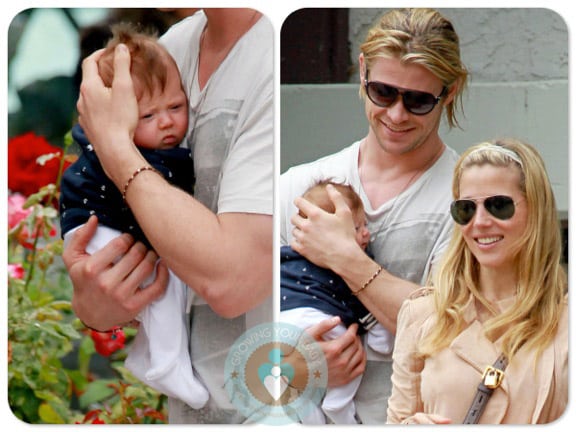 Since becoming a dad, Chris has been getting parenting tips from his older brother Luke, who has two daughters Holly 3,  and Emma 2.

‘I actually made him a little video on how to wrap her up so that she can`t get her arms out of the blanket. He had a bit of trouble with her.

‘So I made a little video of how we wrap up our baby, but he said she still escaped.’

Apparently India is tiny but mighty!