Mama-to-be Chrissy Teigen was spotted out on Monday taking her French Bulldog Pippa for a walk with her mom Vilailuck Teigen. 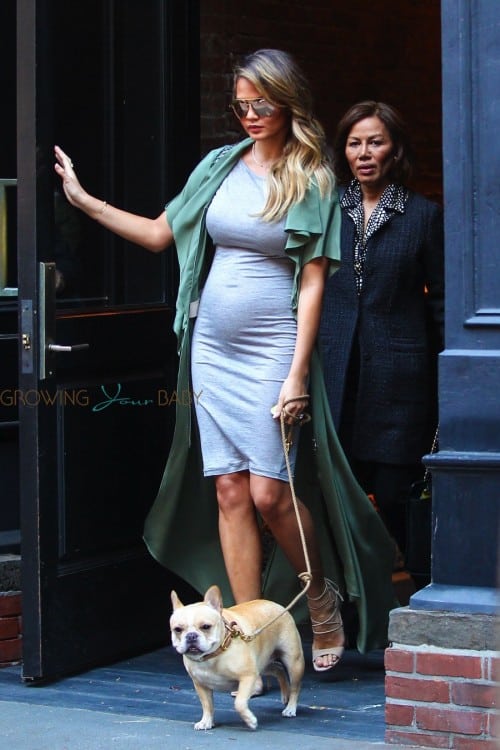 Cute in a grey bodycon dress, her tiny baby belly could be seen. 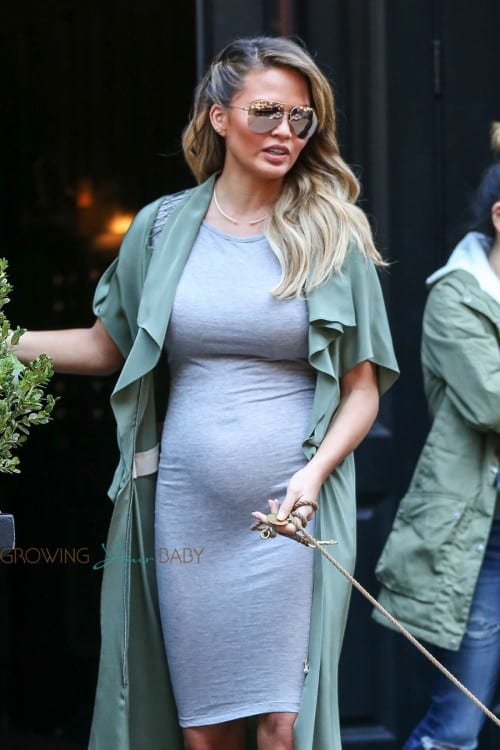 It was a busy day for the model, who also filmed a segment for her new cookbook with her mom. Chrissy shared a photo of the duo creating magic in the kitchen that was taken by Bon Appetit Magazine’s Executive Editor Christine Muhlke.