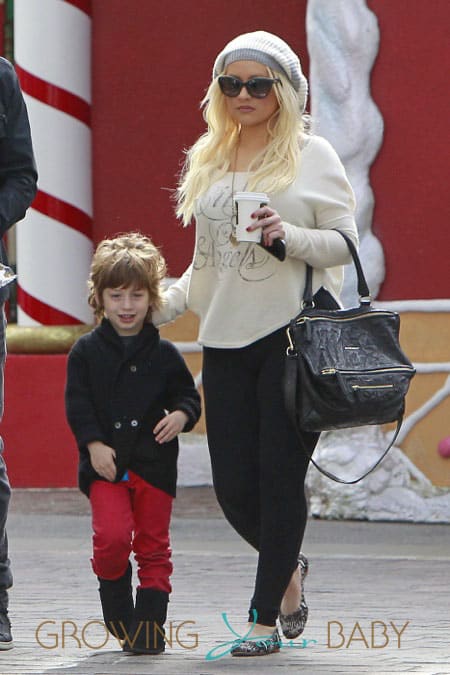 While dressed in a pair of festive red pants and a black sweater, Max was all smiles as he made his way through the mall with his mom.

Her only child with ex-husband Jordan Bratman, Christina has said in the past that Max is her greatest acheivement.

”The birth of my son is my proudest moment. Max is my greatest song.”

Christina has been busy filming Season 3 of The Voice and promoting her new album.  After the season finale next week, the singer is taking a break for season 4 to reportedly tour for her new album. There is no word on whether Max will join her, but it would definitely be neat for him to see his mom in action! 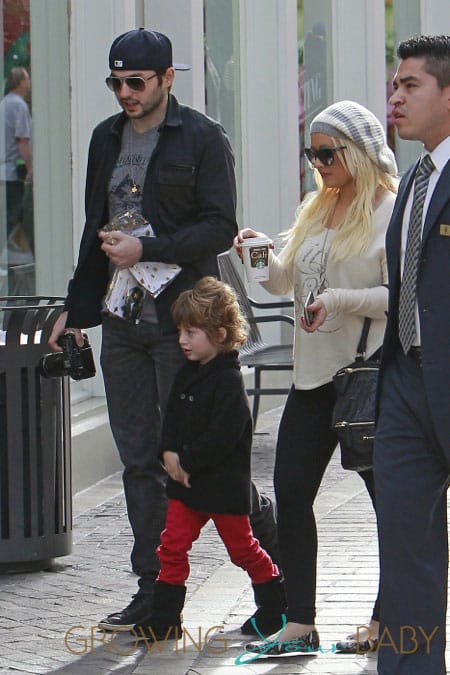