Almost 2 years after beating cancer Christina Applegate has confirmed that she is expecting her first child with fiancé Martyn Lenoble. 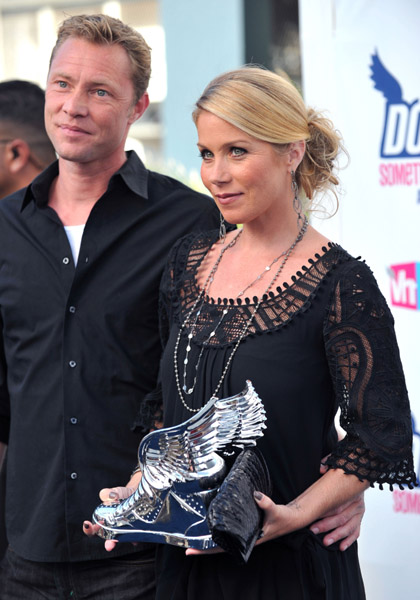 The Samantha Who star has previously credited Lenoble with helping her to recover after undergoing a double mastectomy.

“I’m very grateful to Martyn for coming along at a time that he did because he’s been my rock through all of this. He gave me something to really want to live for and something to smile about.”

The mom-to-be was photographed the other night at the VH1 Do Something Awards strategically holding her purse in front of her growing belly!