According to a preliminary study from Columbia University Medical Center in New York, women suffering from polycystic ovary syndrome may be able to reap improved fertility, simply by spicing up their lives with cinnamon. 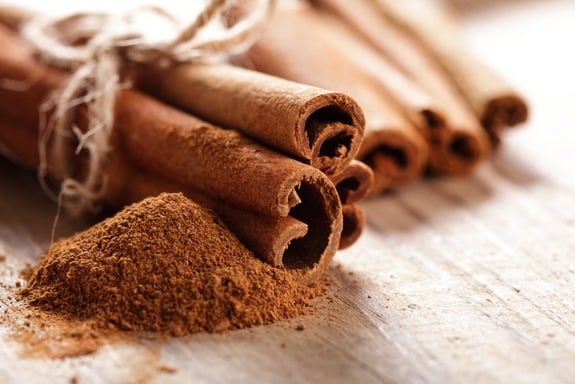 Polycystic ovary syndrome affects approximately 5 to 10 percent of child-bearing aged women. In total, that’s equals about 5 million American women. Thought to occur because of a body’s insensitivity to insulin, some of its symptoms include infertility, acne, thinning scalp hair, pelvic pain, irregularity in menses, and excess hair growth on the face or body.

Current methods of treatment for the condition include weight loss, ovulation-inducing drugs (such as clomiphene, brand name Clomid) and diabetes medications. Homeopathically, cinnamon may soon be added to that list.

“There is a lot of interest in homeopathic or natural remedies for this condition,” study author Dr. Daniel Kort, a postdoctoral fellow in reproductive endocrinology at the Columbia University Medical Center told WebMD. “This may be something we can do using a totally natural substance that can help a large group of patients.”

Kort and his colleagues included a total of 16 women, 11 of which were given 1,500 mg cinnamon supplements. The remaining five were given placebo pills. Over the next six months, diet, activity levels and menstrual periods were logged and analyzed by the researchers.

According to Kort, polycystic ovary syndrome “is one of the most common causes why women don’t have regular menstrual cycles. But the clinical consequences later in life are truly great – from an increased risk of diabetes and glucose intolerance to endometrial cancer. Many women can go their whole lives without regular menstrual cycles, and it doesn’t necessarily bother them until they want to have children.”

Though it’s unclear of how exactly cinnamon helps, it is suspected that the spice helps the body better process insulin; at least that’s what prior research on cinnamon and diabetes suggests. If that is true, then it is possible that the improved processing of insulin may somehow help regulate menstrual cycles and ovulation. In turn, fertility may be boosted.

What’s more, cinnamon “therapy” is a lot less costly than other treatments currently being used for the condition. In fact, for the 1,500 mg dosage used in the study (chosen because research on diabetes indicated that a dosage between 1,000 and 2,000 mg had the most effect), the cost is just pennies per capsule.

“Compared to most medical therapies these days, the cost is very small,” Kort said.

But this was a small scale study, and it didn’t prove cause-and-affect. What’s more, it’s unclear as to just how much the cinnamon can do for a woman suffering from polycystic ovary syndrome. And so, while Dr. Avner Hershlag, chief of the Center for Human Reproduction at North Shore University Hospital in Manhasset, New York, says that the study is “welcome and interesting” and there’s no reason that women suffering from the condition shouldn’t take the spice, he also says that it shouldn’t replace the careful oversight of a physician.

“Any work that’s something nutritional in nature and seems to affect that abnormal physiology of polycystic ovaries is welcome,” Hershlag, who was not involved in the study, told WebMD. “If they want to spice their life and take it, that’s fine…but I think the best thing to do when you have polycystic ovaries is to be under the control of a physician.”

Kort, who says that some of the women from his clinic are already using cinnamon therapy to try and regulate their menstrual cycles, does agree with Hershlag, particularly on the importance of continuing care under the direction of a physician. Kort also pointed out that it may not work for every patient; still, it’s unlikely that taking cinnamon could hurt.

“It’s unlikely to be the sole source of improvement or to change entire (treatment) protocols,” he said. “It’s not going to regulate every patient who takes it, but a good percentage who take it may experience some benefit, and the side effects are low. It’s relatively cheap and well tolerated.”

Kort reported that he hopes to organize a larger-scale trial to see if his results can be reproduced, and until this particular trial is considered “preliminary” until it has been published in a peer-reviewed medical journal.