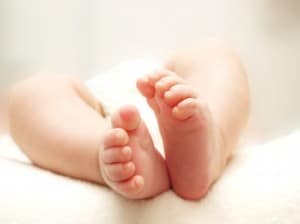 In the United States, many insurance companies have stopped paying for the cost of male circumcision at birth. This has been partially due to the “lack of medical necessity,” and because circumcision is not routinely recommended by the American Academy of Pediatrics. Because of the lack of coverage, many parents, left with the option to either go without a circumcision or pay cash, are choosing to go without. But before deciding, parents may want to take a look at a recent study that links a possible decreased risk of prostate cancer with receiving a male circumcision.

In a study that included 3,400 men, 1,754 of which had prostate cancer, researchers concluded that being circumcised before the first time of sexual intercourse led to a decreased risk of 15% for prostate cancer. This study, however, was unable to determine why the decreased risk may be present and some experts are less than convinced of the findings.

Some experts, including urologists that are in favor of circumcision, say that it is entirely too early to determine if or how circumcision may affect the risk of developing prostate cancer later in life.

“This is a stretch,” says Lenox Hill Hospital urologist Elizabeth Kavaler, M.D. She says that, while urologists do recommend circumcision “at birth for prevention of sexually transmitted diseases and penile cancer,” but not prostate cancer prevention.

Still, experts say there isn’t enough evidence for parents to base their circumcision decision on prostate cancer risks and the researchers do admit that there is a definite need for more research.

“There is some data that implied that prostate cancer may have an infectious component,” stated  the chairman of urology at North Shore – LIJ Health System in Lake Success, N.Y., Louis Kavoussi, M.D. But as to whether or not the potential link would actually protect a man from prostate cancer or not, Kavoussi says, “That would be a huge jump. There are good reasons to get circumcised, but prostate cancer prevention is not one of them.”

“I would not make the decision about circumcision based on prostate cancer risk reduction,” stated Rick Bennett, M.D., urologist at Beaumont Hospital in Royal Oak, Michigan. “[But this is an] intriguing relationship.”