It was Claire Danes’ night last night and the actress arrived looking beautiful for the occasion. While dressed in a yellow Lanvin gown that she called ‘bump-friendly and easy’, the actress walked the red carpet with her husband Hugh Dancy. 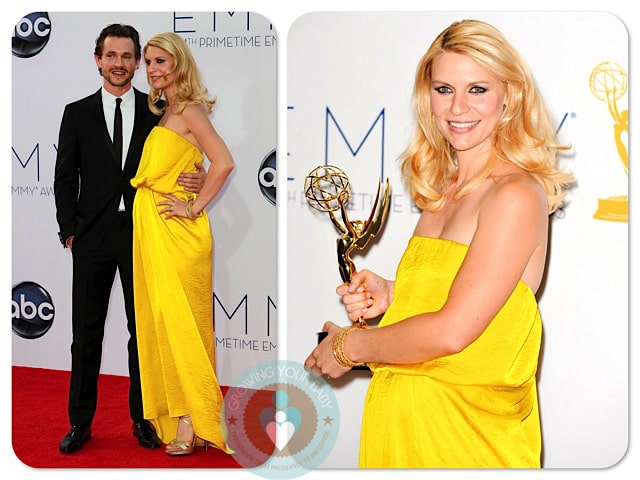 After being nominated in the ‘Outstanding Lead Actress in a Drama Series’ category for her role in the Showtime series Homeland, Clare took her second Emmy.

While onstage to accept her award, she thanked her husband saying,

“My husband, my love, my life, my baby daddy, this doesn’t mean anything without you.”

On Saturday night Clare wore a blue fitted dress that showed off her growing belly at Showtime’s 2012 Emmy Party. 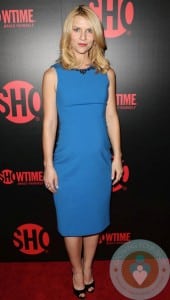 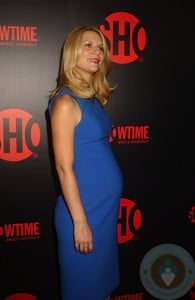 She hasn’t spoken much about her pregnancy but she tell Ryan Seacrest that she’s been “really, really lucky to have a gentle pregnancy” while shooting the second season of Homeland. “It’s not running too much interference.”

The couple, who has been married for 3 years, expects their first child in late December early January.