Home » Colin Farrell Speaks Out About His Son’s Genetic Illness

Hollywood star Colin Farrell has recently spoken out about his son’s struggle to walk and talk due to a genetic illness. 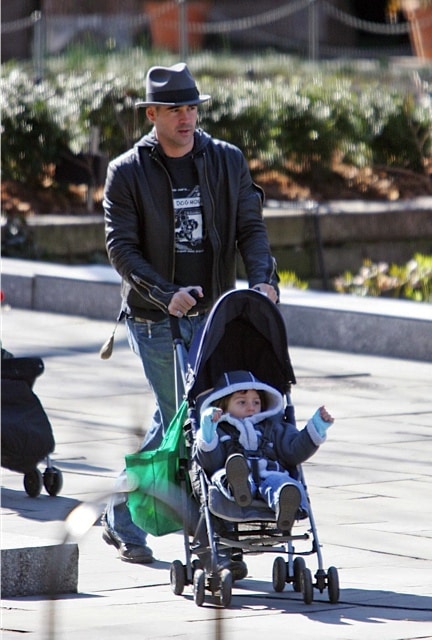 Colin and ex-girlfriend Kim Bordenave discovered that James had a rare condition called Angelman Syndrome in 2004, just 7 months after James was born.

The couple noticed that their son was excessively happy, which is one of the symptoms of the syndrome.

Listed below, are other symptoms for parents to look for :

Colin feels blessed to have his son in his life saying that:

“There is no heartbreak about it, it’s not a sad story. I’m incredibly blessed to have him in my life.””He has enriched my life incredibly and I wouldn’t have it any other way.”

He took his first steps about six weeks ago and it was four years in the making. All the work is his – he’s worked his a** off for four years and when he took the steps it was incredible. There wasn’t a dry eye in the house.

‘He’s broken that barrier and it’s about building on that now.’

Colin’s ex, Kim has been an integral part in James’ success.

‘His mother has done a great job, exploring every avenue, being very hands-on and making his life as rich as possible. She’s a wonderful girl.’

The couple works with occupational, speech and physio therapists to help increase their son’s motor skills.

Even though James can make a myriad of unbelievable sounds, he still struggles to grasp basic communication skills.

“A lot of my frustration comes from wondering how frustrated he is and at times he does get frustrated, “Colin explains “He can’t explain how he feels or what’s going on or maybe he wants something and he can’t tell you what he wants. We’re working on that.”

The star became involved with the Special Olympics just months before James was diagnosed with Angelman’s.

“Farrell was also eager to explain why he wanted to talk publicly about his son’s illness after keeping it under wraps for four years: ‘Because questions are being asked in the last year and because I’m very involved in Special Olympics I think it’s just the right time for me to talk about the fact that my son has special needs.

‘I didn’t want people to think that I was embarrassed by it.

‘I don’t want to be getting up on my high horse but it would be nice if some people read this and were affected by it in a positive way.

‘I think for people who have children with intellectual disability that me coming out and talking about it might be a small bit of solidarity and if that happens it would be good.’

Farrell remains heavily involved in the promotion of the Special Olympics and paid a surprise visit to Ireland’s Special Olympics team in Shanghai earlier this month before the opening ceremony of the games.