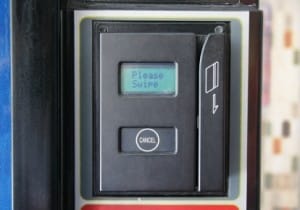 The morning-after pill, if used within 72 hours of rape, condom failure or failure to use conception can reduce the chances of an unwanted pregnancy up to 89 percent. No prescription is needed to obtain the pill. It is not, however, available over-the-counter like other “personal” medications. Instead, you have to visit a health clinic or talk to a pharmacist…or if you’re a student of the Shippensburg University in Pennsylvania, you can go to the school’s health center and use the vending machine.

Available to students for $25, the morning after pill is found in the same vending machine as condoms, pregnancy tests, aspirin and other “personal” medication options. The machine has dispensed the pill for more than two years now, unnoticed by anyone that didn’t need it. But then something shifted… something that would bring about a debate about whether or not the machine is “ethical” and whether or not it falls in line with the federal regulations concerning the morning after pill.

“Perhaps it is personalized medicine taken too far,” stated Alexandra Stern, a professor of the history of medicine at the University of Michigan who says she isn’t against a woman’s right to gave access to the morning-after pill, otherwise known as Plan B. She does, however, have concerns about making it so easily accessible. “It’s part of the general trend that drugs are available for consumers without interface with a pharmacist or doctors. This trend has serious pitfalls.”

For others, the concern may surround religious beliefs. Some conservatives view the emergency contraceptive the equivalent to having an abortion. And it was a national debate about religious rights and access to birth control that fueled the sudden attention to the tucked away vending machine. That, and the fact that federal regulations say that the product is only to be sold to “licensed pharmacies or other licensed health care clinics, which are required to follow federal guidelines for the distribution of pharmaceutical products.”

The big regulation they are concerned about? Purchase of the pill to anyone under the age of 17 – one of the requirements that a pharmacist or physician must verify before selling Plan B to young women.

The school says that they were very careful about placing the machine, making sure that it was only accessible to students. School spokesman Peter Gigliotti says that, because the machine is located within the school’s health department “no one can walk in off the street and go into the health center” because students must check in at the lobby before entering the school.

School officials also say that they verified student records before placing the machine in the health care center to ensure that there weren’t any students under the age of 17 attending the school.

Senior Matthew Kanzler is one of the many supporters. “It’s a way for students to get the help or care they need,” he stated, pointing out that the school is rather isolated and it is 130 miles from both Pittsburgh and Philadelphia, which could make accessing the pill hard otherwise.

Junior Chelsea Wehking also supports the vending of Plan B. “I think it’s great that the school is giving us this option,” she said. “I’ve heard some kids say that they’d be too embarrassed to go into town.” Pretty understandable in a town of just 6,000 people.

Still, some professionals say, even if the school has avoided a “potential violation” because they are following the dispensing rules regarding Plan B, there are health concerns.

“Students at Shippensburg University deserve better than to have their administration represent the potent drug with life-ending potential as no more harmful than any other vending machine item.”

Carol Tobias, the president of National Right to Life, another anti-abortion group, said: “It would be a much more productive use of funds if universities would partner with local pregnancy resource centers where students can get real help if they need it.”