A Colorado community is in shock after it was revealed that a mom, whose son was believed to have cancer, had been lying about the child’s condition.

Sandy Thi Nguyen has been taken into custody for allegedly perpetrating a hoax, telling others that her 6 year-old son was diagnosed with terminal cancer.  According to The Denver Channel the mom accepted $25,000 in donations from the community, which she used to take her family to Disneyland.

Larry Etheridge, Arapahoe County Sheriff’s Captain says that Nguyen told her son that he had cancer, as well as telling other family members that he was diagnosed with the disease.

Investigators from the sheriff’s department state that they had recovered $23,000 in cash, after they had executed a search warrant at the family’s home last Thursday. It was then that investigators arrested 28 year-old Nguyen on charges of theft and criminal impersonation to gain benefit, both of which are felony charges. The sheriff’s department had officially launched the investigation on March 7th “into an alleged scam wherein a mother was claiming that her 6 year-old son had cancer which gained her financial benefit through charitable donations.” 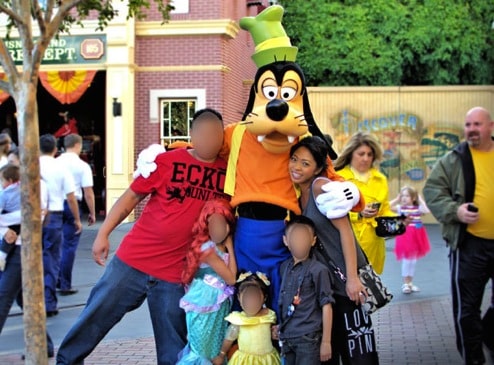 It was the Department of Human Services that had received a tip that the boy may not have cancer, and that is when DHS alerted the sheriff’s department. Investigators concluded that Nguyen had convinced her 6 year-old son that he had cancer and that he had been receiving cancer treatments since September 2012. Nguyen’s Facebook page features a banner photograph of both of her daughters and her son, in which he has a bald head, resembling that of a cancer patient who has lost their hair during chemotherapy, while in other photographs, the boy appears to have a full head of hair. When interviewed by investigators, Nguyen admitted that her son does not have cancer.

In September 2012, the community that the Nguyen family lives in began to rally around the family in support and began raising funds for the family through school fundraisers where friends and family members, school faculty and community members all donated money for the boy. Over $25,000 was raised and placed into an account for use by the Nguyen family, as well as a trip to Disneyland for the family. A website was even set up for a 5K run that was held in October 2013. 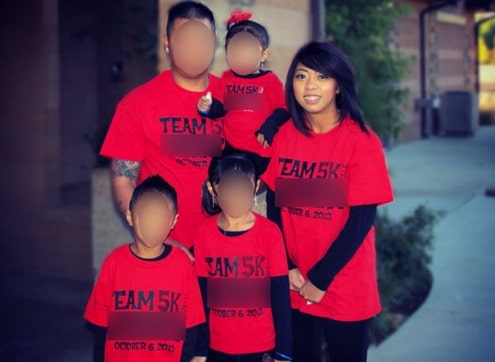 Over the past two years, the child, she wrote, fought the disease three times.  The updates vary from him being cancer-free to him having just 8 months to live.

School district spokeswoman Tustin Amole said, “Obviously, this came as a shock. First and foremost, we are very pleased that this boy does not have cancer.”

Adding there is a “terrible, terrible sense of betrayal.”