Over the past several years, there have been many parents either delaying vaccines or refusing them altogether because they are concerned that they could lead to an autism diagnosis. Originally sparked by Andrew Wakefield, the theory was dismissed by the medical community long ago. However, the ripple effect caused by it still has the immunization rates in some areas at an all-time low. 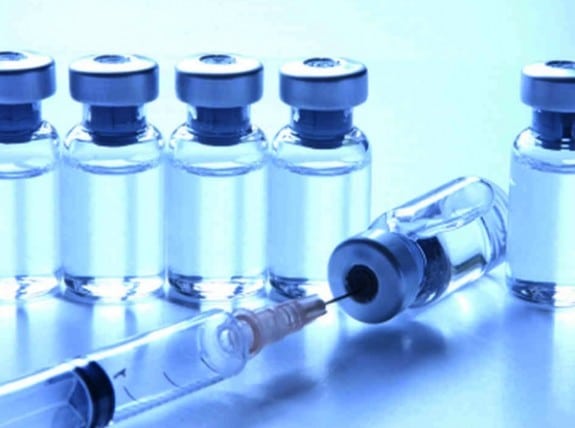 “There has been enormous debate regarding the possibility of a link between these commonly-used and safe childhood vaccinations and the supposed development of autism,” Associate Professor Guy Eslick from the Sydney Medical School told Health Canal. “A rising awareness of autism cases and the claimed but not proven link to childhood vaccinations has led to both an increased distrust in the trade between vaccine benefit outweighing potential risks and an opportunity for disease resurgence.”

This also means that many children are unprotected and highly susceptible to life-threatening diseases and illnesses – illnesses that, at one time were nearly eradicated, but have risen sharply since the autism-vaccine theory first reared its head. In fact, this year has already seen some record-breaking outbreaks – Canada, California, New York, as well as many other states.

“This has, in recent times, become a major public health issue with vaccine-preventable diseases rapidly increasing in the community due to the fear of a ‘link’ between vaccinations and autism,” Eslick said. “This is especially concerning given the fact that there have been 11 measles outbreaks in the US since 2000, and NSW also saw a spike in measles infections from early 2012 to late 2012.”

It is this rise in preventable illnesses that Eslick and his team wanted to address with their cohort review. Comprised of five cohorts of more than 1.25 million children as well as five case-control studies involving more than 9,920 children obtained through systemic searchers of international medical databases MEDLINE, PubMed, EBASE and Google Scholar (up to April 2014), the comprehensive review was published in the medical journal Vaccine.

“Vaccine-preventable diseases clearly still hold a presence in modern day society, and the decision to opt out of vaccination schedules needed to be urgently and properly evaluated,” Eslick said, adding that, to date, no quantitative data analysis of the autism-vaccine relationship has been done. “Our review is the first to do so.”

After their extensive review, Eslick and his team found no link between autism and vaccines, including the MMR vaccine, which has received a lot of attention from parents in all walks of life, including celebrities.

Because of this, Eslick says that parents should abandon concerns regarding autism and vaccines and consider the danger that they are putting their children and communities in by refusing or delaying regularly scheduled vaccines.

“The increase in parents deciding not to vaccinate their children has substantially decreased ‘herd immunity’ among populations, subsequently increasing the risk of catching potentially more serious infectious diseases. Thus the risks incurred by not immunizing a child is increasing substantially as the level of immunization coverage in the population falls,” Eclick said. “The data consistently shows the lack of evidence for an association between autism, autism spectrum disorders and childhood vaccinations, regardless of whether the intervention was through combination vaccines (MMR) or one of its component, providing no reason to avoid immunization on these grounds.”