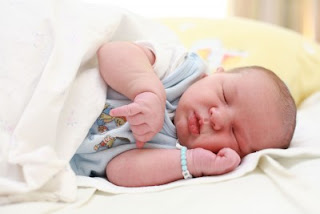 According to a study published this week, measures, such as simple as using a fan or opening a window could reduce the danger of sudden infant death syndrome.

Kimberly Coleman-Phox and colleagues at Kaiser Permanente’s Division of Research in Oakland, California found that infants who slept in a bedroom with a fan had a 72 percent lower risk of SIDS, also known as crib death or cot death, compared to babies sleeping in rooms without a fan.

This was regardless of sleep position. Opening a window reduced the risk by 36 percent, they added.

The researchers interviewed nearly 500 mothers, some of whom had lost infants to SIDS.

Their study, published in the Archives of Pediatric and Adolescent Medicine, speculated that ventilation prevents the pooling of carbon dioxide around a baby’s nose and mouth, decreasing the chance of breathing in exhaled air.

The National Institute of Child Health and Human Development, which helped pay for the study, said the ventilation findings need to be confirmed by additional research.

It said there still is no substitute for the most effective means known to reduce SIDS — placing infants to sleep on their backs. Other measures include using a firm mattresses and avoiding soft bedding such as comforters, preventing overheating, and not smoking while pregnant or around babies.