Home » Could Morning Sickness Have Benefits?

One of the first signs of pregnancy can be nausea or vomiting.  For most women morning sickness starts 6 weeks into the pregnancy, and subsides just before the second trimester begins.  But for others, the illness can continue throughout the pregnancy.  The silver lining(if there is one) could be a new study that suggests there may actually be some benefits to the loathsome condition that affects as much as 85% of all pregnant women. 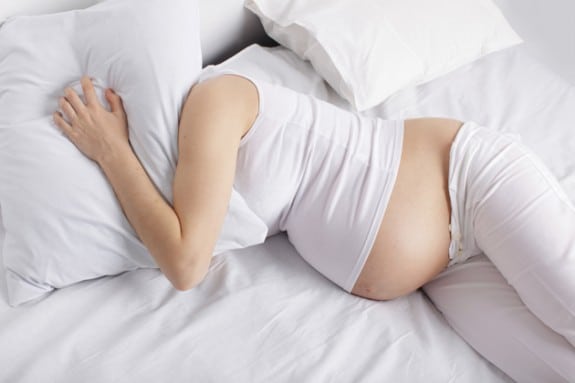 According to researchers, rapid increases in a hormone released by the placenta, human gonadotropin, are thought to trigger morning sickness symptoms that range from mild to severe. It is this same hormone, as well as possibly others that have yet to be identified, that may also provide a more favorable prenatal environment, study researchers say.

Conducted at the Hospital for Sick Children in Toronto and published in Reproductive Toxicology, the study pooled data from 10 separate studies that had been conducted throughout five countries between the years 1992 and 2012. In all, there were an estimated 850,000 pregnant women included. They were evaluated for associations between nausea and vomiting and miscarriage rates, prematurity, birth weight, congenital abnormalities such as cardiac defects and cleft palate, and long-term child development issues.

Researchers also found that women who had nausea and vomiting during pregnancy had a lower risk of low birth weight and short body length babies. Women with morning sickness were also less likely to give birth prematurely than those that did not have the condition (6.4% versus 9.5%). The risk of birth defects was reduced between 30% and 80% in infants of mothers with symptoms. And, when tested years later, children born to mothers with symptoms tended to score higher on tests of IQ, language, and behavior.

Of course, for some women, morning sickness is a mild description of the illness they feel during pregnancy. For women suffering from a severe form of the condition known as hyperemesis gravidarum – negative effects like dehydration, electrolyte imbalance, severe weight loss, and even miscarriage can occur. And the symptoms, which may last for most of the pregnancy, can be so relentless that a mom-to-be could need to be hospitalized. In many cases, medication is needed to help the mother cope with symptoms, gain a proper amount of weight, and stay hydrated.

Thankfully, the researchers did say that the medication would not interfere with the seeming benefits of the morning sickness itself. In fact, because it is the hormonal levels themselves that are both triggering the symptoms and providing the benefits, the mother and her baby should still reap the benefits of the higher hormone levels. It should also be noted, however, that the report only took a look at a few of the underlying studies examined in the meta-analysis included about the severity of nausea and vomiting symptoms.