Home » Could Some Children Diagnosed with ADHD be ‘Cured’ Through Better Quality Sleep? 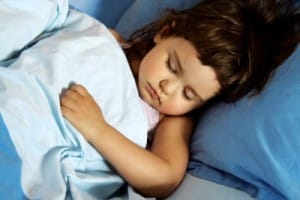 The number of children diagnosed with ADHD has increased dramatically over the years. As a result, more children are being prescribed medication to treat the symptoms most often associated with the condition. Many people have questioned why the rise is happening, and at such a rapid pace. Professor Vastal Thakkar, a clinical assistant professor of psychiatry at the New York University School of Medicine believes he may have the answer.

According to Professor Thakkar, some children diagnosed with ADHD may actually have a sleeping problem. The symptoms are similar, after all – impulsiveness, irritability, aggression, inability to focus, forgetfulness – all of these symptoms can be seen with both ADHD and sleep deprivation. And, interestingly enough, hyperactivity can also be caused by a lack of sleep.

“Ask any parent to describe a sleep deprived child and the characteristic care not dissimilar to ADHD,” Thakkar told Daily Mail UK. “While there is no doubt that many people have ADHD, a substantial proportion of cases are really sleep disorders in disguise.”

And it seems that there are other experts who agree. Several studies have indicated that children with ADHD may also have breathing problems while they sleep (apnea and snoring). The blockage caused by soft tissues and muscles in the throat collapsing, leads to disrupted delta sleep. It is this kind of deep sleep that rejuvenates the body, and helps children grow and develop.

In one such study, more than 11,000 British children were studied for sleep issues. Researchers found that those with breathing issues during infancy were more likely to have behavioral issues later on in life. (20 to 60 percent more likely by age four and 40 to 100 more likely be the age of seven).

Another study, published in the journal Pediatrics in 2006, found that removing the tonsils in some children helped improve sleep quality. In turn, children who had been diagnosed with ADHD prior to surgery no longer had ADHD a year later.

It’s also probably no coincidence that people (children included) are sleeping less now than they used to. According to Dr. Neil Stanley, a British sleep expert, children get at least an hour less sleep per night than children did 100 years ago. And few 10-year-olds actually get the recommended ten hours of sleep per night. The likely culprit? Too much time with electronics.

It’s no surprise that things like television, video games and computer games can affect the brain, but there’s more to it than that. All of those electronics produce light, which ends up confusing the light-emitting cells at the back of the eyes, making the body believe it’s still daytime. This disrupts the production of melatonin and makes sleeping difficult.

But if it’s sleep issues, why aren’t doctors noticing?

Thakkar believes there may be a number of answers to this question. On one hand, he believes that doctors don’t have a lot of knowledge when it comes to sleep disorders. He believes that some children are being misdiagnosed for this reason.

“Some perfectly normal children who, for whatever reason, are chronically sleep-deprived with ADHD by their GPs,” Thakkar said. “Many doctors also have very little knowledge of sleep disorders.”

But Thakkar has an even more controversial belief. He’s concerned that some doctors may believe it’s easier to tell a parent the child has a condition than to implicate that a parent isn’t doing a good job caring for their child.

“For some children, it may be a diagnosis of convenience,” Thakkar said. “Yet by misdiagnosing sleep-deprived patients as having ADHD, we are not only doing a disservice to those who really have ADHD, but may be treating thousands of patients with poor sleep with medications designed to control or modify daytime behavior.”

And prescribing those medications could mean serious complications for some children. Side effects can include everything from mild issues like poor appetite and stomach pains, to more severe issues like heart problems, suicidal thoughts, chest pain and liver problems.

On top of all his theories, Thakkar also has personal experience with misdiagnosed ADHD. For nearly a decade, he suffered from severe lethargy and had a hard time focusing. He spent most of his weekends sleeping and often needed a nap, just to get through the day. Doctors first told him that he was suffering from psychological issues. Then, in 2005, he was diagnosed with ADHD. But Thakkar wasn’t convinced, so he underwent a sleep study; that study found that he had an unusual form of narcolepsy (a neurological disorder that causes intermittent, uncontrollable episodes of sleep).

“I’d never fall asleep while eating or talking, but it turned out that just five percent of my sleep was delta sleep,” Thakkar told Daily Mail UK. “With the proper treatment, my cognitive problems came to an end. My daytime focus is remarkably improved.”

And it is through his experience that he’s realized there is more going on while we sleep than we realize, and sometimes, a sleep study may be the only way to determine what’s really going on with a child or adult who is displaying ADHD symptoms.

“It is impossible to know how well you sleep unless you undergo tests – that’s because sleep is partly biological and partly behavioral,” he said. “Even if parents and children do all the right things to make sure they get enough sleep, they may be getting too little quality sleep. Limiting time on devices, especially in the evenings, is a good first step for children with these types of symptoms.”