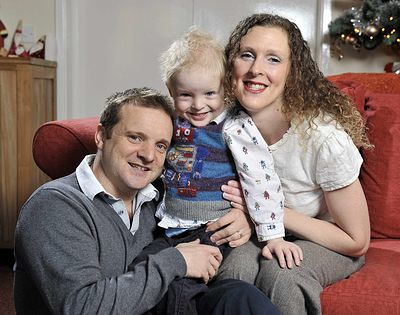 John and Vicky Inglis were devastated to hear their four-year-old son was diagnosed with a deadly form of cancer. One that would require thousands of dollars to treat. With little time on their side, the couple managed to raise the impossible sum and get their son the treatment he needed.

Four-year-old Jamie Inglis faced a highly aggressive form of cancer, called neuroblastoma. The tot only had a 30 percent chance of survival, unless he could get to a pioneering treatment in the US. The family, stationed in Germany, set out to collect the funds and afford the treatment that their son needed. It seemed an impossible task, but they refused to give up.

Funds came rolling in from friends, colleagues, and strangers; all wanting to help. Groups set up fund raising events, biking events, and lots of individuals gave what they could to help. One company even donated $40,000 to help the family afford the treatment.

Raising the sum was on a tight deadline. Jamie had to begin the treatment within 100 days of getting a stem cell transplant operation. And the bill for the treatment had to be paid upfront. With each passing day, the family was running out of critical time to save their son.

Mr Inglis, an environmental health technician with the Royal Medical Corps, said: ‘We never thought we could do it at first. Jamie was so sick and the doctors advised us that it was such a difficult and stressful undertaking. ‘But we had to try and I treated it like a military operation. We wanted to make people see they were saving a child’s life.’

Jamie first became sick in April 2009. An ultrasound found a large tumor in his abdomen that was causing his illness. Tests soon discovered, however, that the cancer had already spread throughout his tiny body. He was subject to nine doses of powerful chemotherapy that killed some of the cancer cells, and wiped out his own white blood cells. Jamie spent months in the hospital with a ventilator in intensive care. Operations removed the tumor and one of his kidneys. 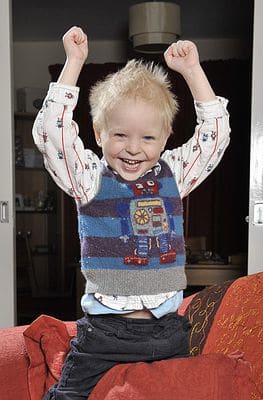 In January of this year, the stem cells were harvested and implanted into his body. This would rejuvenate his damaged immune system and help him to fight off infections. At that point, the clock began ticking down for him to get to the US and undergo the antibody treatment that would hopefully save his life.

With little time left, the family was able to raise the amount needed to fly them to the US and get their son the treatment. They were even able to raise extra to help cover the costs of the chemotherapy and the intensive care unit that he stayed in.

Now, Jamie’s blonde hair is growing back in and he is feeling better.

We don’t know what the future will bring but every month that he is free of cancer the better the odds become that it will not return,’ said Mrs Inglis.